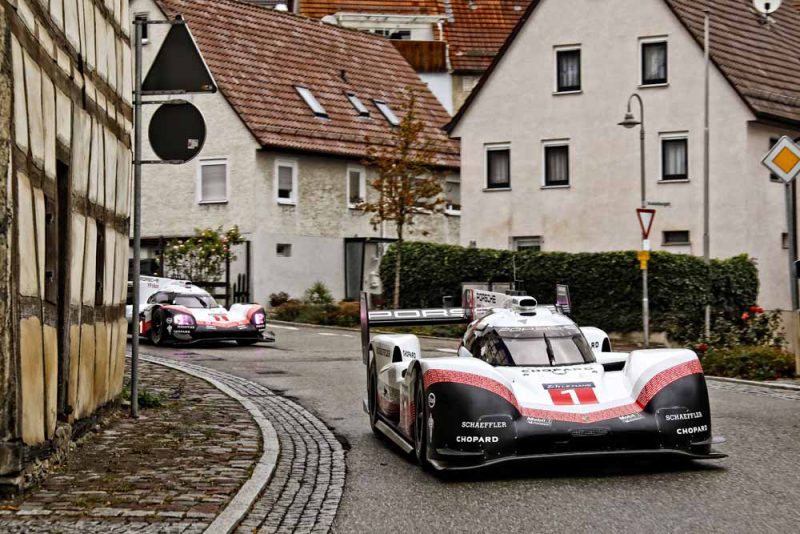 Mark Webber has driven the Porsche 919 Hybrid EVO on the roads of Stuttgart as he delivered the car to the Porsche museum.

Webber and Marc Lieb, who drove an LMP1-spec 919 Hybrid, toured from Porsche’s research and development centre in Weissach to the museum in Zuffenhausen.

The 15km journey marked the conclusion of the 24 Hour of Le Mans winning car’s ‘Tribute Tour’ which has seen it set unofficial lap records at Spa-Fancrochamps and Nurburgring-Nordschelife.

“It was kind of crazy, but fun, to handle the beast in public traffic in Germany,” said Webber, World Endurance Champion with the Porsche 919 Hybrid in 2015.

“It’s typical of Porsche to try to manage something cool like this. The 919 and the years in the FIA World Endurance Championship mean a lot to me. It was an honour to bring the 919 Evo home now.”

Between 2014 and 2017 Porsche claimed 17 wins in 34 races, including three consecutive 24 Hours of Le Mans victories and a treble of titles before withdrawing from the World Endurance Championship at the end of last season.