Ogier on top after Stage 1 of Rally Spain

Ogier on top after Stage 1 of Rally Spain 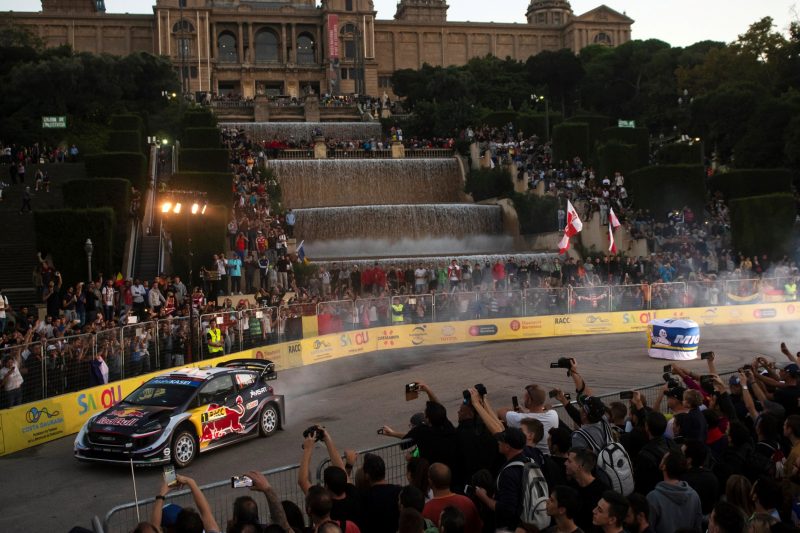 Sebastien Ogier was the fastest man through Special Stage 1 in Barcelona for the start of Rally de España.

The M-Sport Ford driver set a time of 3:35.3s on the 3.7km test in the city, having opted for medium tyres.

“We had a good strategy with the tyres but let’s see for tomorrow,” said the Frenchman.

“We have a little less tyres than the others but I think we can manage. It won’t be easy for the rest of the weekend.”

Hyundai’s World Rally Championship leader Thierry Neuville was second by 3.7s, after making a less than ideal start to the rally when he rolled his i20 in shakedown.

Speaking after that incident, the Belgian was looking at the positives.

“It was a square right, I came into the corner and the ruts were already deeper than on the first pass,” explained Neuville.

“The car started to go onto two wheels and I tried to save the situation but we flipped over.

“Obviously we were hoping for better on the shakedown. It’s a good omen as well because back in Germany a couple of years ago we rolled in shakedown and won the rally.

“So let’s cross fingers that it will be a similar scenario this weekend.”

Ott Tanak (Toyota Gazoo), who is third in the championship behind Neuville and Ogier, was 0.5s slower again and occupies the same position after SS1.

Eric Camilli was one of the more noteworthy performers of the night as he took the WRC2 class Volkswagen Polo R5 to sixth overall on its debut, while former world champion Petter Solberg was 15th in the German marque’s other example.

Sebastien Loeb, in his third of three WRC outings this year, gave up 15.9s due to stalling his Citroen at a hairpin and is 27th overall.