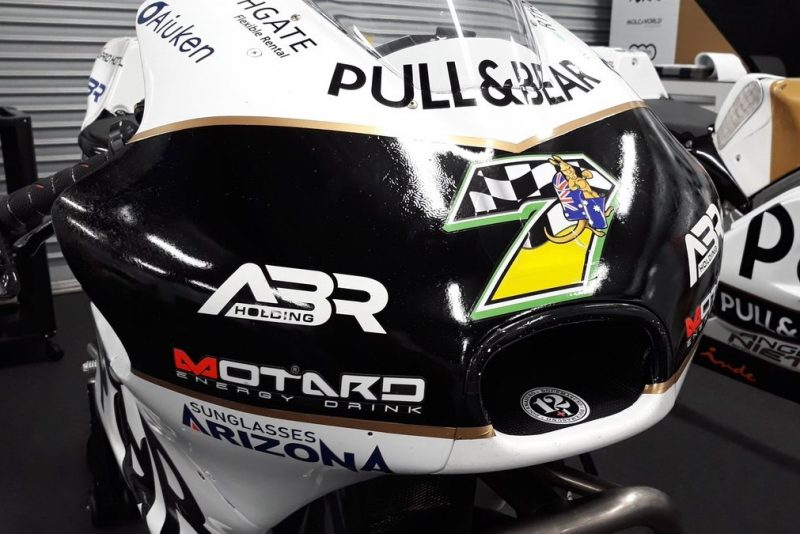 Australian Mike Jones says that he is more prepared for his injury replacement start this weekend after serving the same role in the 2016 Michelin Australian Motorcycle Grand Prix.

Jones has been called up to race for satellite Ducati outfit Angel Nieto Team in place of Alvaro Bautista, who has been moved up to the factory Ducati Team due to Jorge Lorenzo’s injury-enforced absence.

The Queenslander was only asked if he was available for the ride by factory team manager Davide Tardozzi last Sunday, when he was riding in Spanish Superstock 1000 in Jerez.

While the step from a heavily production-based bike to MotoGP prototype is a daunting one, the situation is virtually the same as that which Jones found himself in two years.

On that occasion, he road for Avintia at Motegi and Phillip Island when there was a similar shuffle in the Ducati ranks.

“I suppose the biggest thing really is just that I know what I’m in for, whereas last time I had no idea, just going into it completely blind,” said Jones.

“But no, I’m up for it and I’ve got a little bit of understanding about some of the tips and tricks about riding the bike and things to do on it that will help me to be able to start moving forward a lot sooner once I get out there on the bike.

“It’s definitely an advantage for me having done this before in 2016 at Motegi and then also here at Phillip Island.

“But certainly, having this year been competing in the Spanish Superstock 1000 Championship, and now to come and jump into the ‘GP category is going to be a massive challenge but it’s just very exciting and it’s just a dream come true type thing, it’s what you want to do.”

Jones scored a world championship point in finishing 15th on the Island two years ago, but is not eyeing off any specific targets this time around.

“A success for me is really just being able to ride to the very best of my ability,” the 2015 Australian Superbike Champion explained.

“If I can achieve that, then results will be what they will be and I’ll be happy.”

Action at Phillip Island kicks off this morning, with MotoGP first on track for Free Practice 1 at 1155 local time/AEDT.