Superloop has become naming rights sponsor for the Adelaide 500

Superloop will become the naming rights sponsor of the Adelaide 500 after the internet service provider signed a new three year deal with the South Australian State Government.

Along with announcing its new title sponsor, the event also confirmed the undercard for the 2019 event, which does not include a return of the Stadium Super Trucks.

It was also announced that tickets have also gone on sale, after negotiations over the title sponsorship deal delayed their release last month.

“We are delighted to have secured Superloop as the event’s new naming rights sponsor and look forward to a successful partnership that will continue to deliver a world-class race. 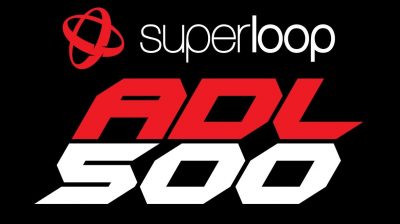 “Superloop has a strong local footprint in Adelaide with exciting plans for future expansion.”

Superloop CEO, Drew Kelton, said the new partnership was the next step for the company which has 45 staff in Adelaide.

“We are thrilled to be partnering with the Adelaide 500 as we continue our journey in Australia,” Mr Kelton said.

“Superloop has a solid base in Adelaide and we anticipate the Adelaide workforce will significantly increase as Superloop Home Broadband ramps up.

“We look forward to sharing our product with fans at the Superloop Adelaide 500.”

Further announcements are set to be made regarding the acts which will play at the three concerts over the course of the February 28-March 3 event.