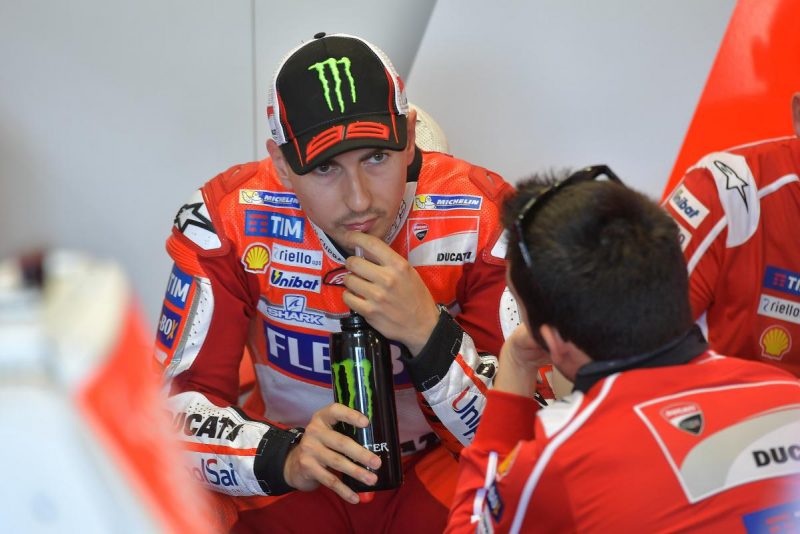 Jorge Lorenzo has undergone surgery on his left wrist as he bids to be fit for the Malaysian MotoGP in just over a week’s time.

The Spaniard had already withdrawn from this weekend’s Michelin Australian Motorcycle Grand Prix after pulling out of the preceding races in Thailand and Japan.

It was in Thailand that he fractured the wrist in a shocking practice crash.

He has since had surgery in Barcelona on Tuesday (local time) to address ligament damage, and returned to his base in Switzerland to continue to recuperate.

MotoGP.com reports the surgery was ‘successful’ but it is not yet known if he will be fit to ride in Sepang.

Alvaro Bautista replaces Lorenzo at the Ducati Team this weekend at Phillip Island, with Australian Mike Jones in turn called up to race for the Angel Nieto Team in Bautista’s place.

MotoGP Free Practice 1 starts at the Victorian circuit at 1155 local time/AEDT, while the Malaysian MotoGP weekend kicks off on November 2.

Finally at home. I would like to thank Dr.Mir and Dr.Barrera for the great job in yesterday’s arthroscopy of the fissure and damaged ligament of my left wrist. I hope to be recovered to ride in Malaysia and finish the year in the best possible way. Thanks to all for the support! pic.twitter.com/wowRw5fmoo