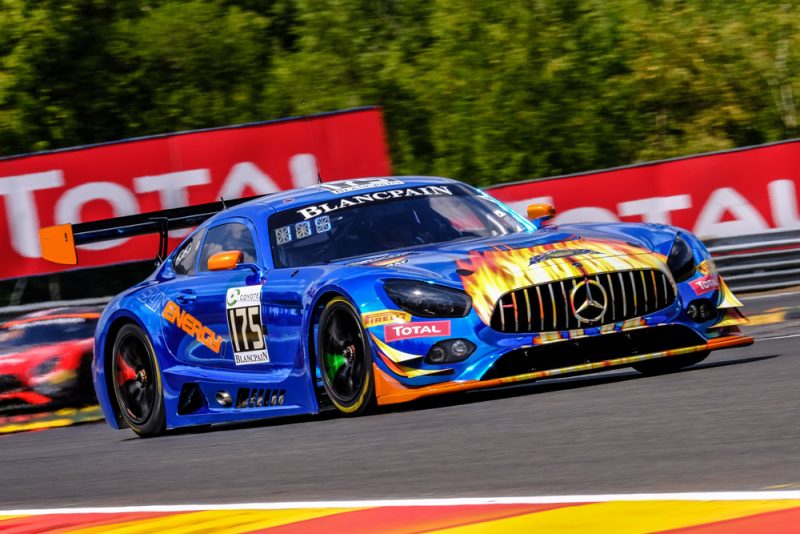 Australian racer Kenny Habul heads to Laguna Seca for this weekend’s California 8 Hours on the cusp of sealing the Intercontinental GT Challenge for Bronze Drivers.

Habul will be joined by Mikael Greiner and Luca Stolz in the SunEnergy1 Racing Mercedes-AMG GT3 as part of a 33 car field.

The Laguna Seca event marks the final round of the Intercontinental GT Challenge, which began at the Liqui Moly Bathurst 12 Hour in February.

At that event, Habul stood on the outright podium with co-drivers Jamie Whincup, Tristain Vautier, and Raffaele Marciello, with the team leader the first Bronze rated driver home.

The IGTC then headed to the 24 Hours of Spa-Francorchamps where Habul claimed another podium in the Bronze Driver class, before sealing a second Bronze driver win at the Suzuka 10 Hours in Suzuka.

It leaves Habul with a 20 point advantage heading into the California 8 Hours, with a total of 25 points on offer.

“We’ve had a great year in the SunEnergy1 Racing Mercedes-AMG GT3, with three podiums in three starts,” said Habul.

“Racing at Bathurst was a dream for me growing up, so to be able to compete there and have success is something very special.

“To then achieve a podium at Spa-Francorchamps, another of the world’s great tracks, was also an incredible experience.

“Heading into Laguna Seca this weekend off the back of another win at Suzuka, a circuit which was new to me but one which I really enjoyed, leaves us full of confidence.

“With the help of the team and my co-drivers we’re in with a chance of claiming the Intercontinental GT Challenge Bronze Driver title, which would just be a phenomenal result.

“The SunEnergy1 Racing Mercedes-AMG GT3 has proved an incredible car all year, and that’s a real credit to the guys, and means we can head into the weekend looking for another great result.

“It’d be fantastic to take the title by winning the race, but we’ll go in there and focus on doing the best job we can do, and not get too far ahead of ourselves.

“We just hope to have a good race and hopefully that will be enough for the title.”

Practice for the California 8 Hours is scheduled to begin at 1100 on Friday morning local time, before qualifying on Saturday and the race itself commencing at 0915 on Sunday morning.