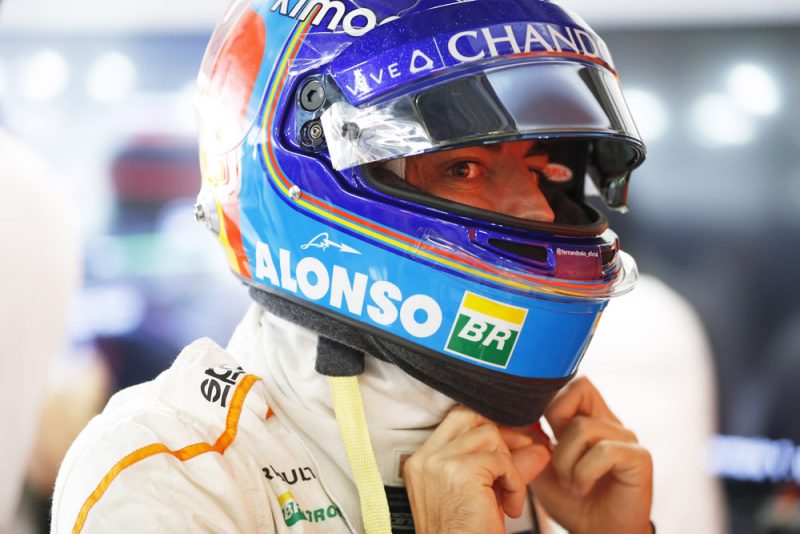 Formula 1 is looking at the possibility of running a camera fitted to Fernando Alonso’s helmet before the end of the season.

The camera is designed to give fans more of a drivers’ eye view from inside the car, rather than the roll hoop cameras or those fitted to the side of the airbox.

It’s understood helmet supplier Bell has a design that would accommodate the camera, and Alonso was close to using it in Austin last weekend.

The camera would have been fitted to the outside of Alonso’s helmet, though work is underway to develop one that fits inside the padding alongside the driver’s eye line.

“We were thinking to test the camera together with Bell and FOM but at the end it didn’t happen this weekend,” said Alonso.

“I don’t know if it’s going to happen in the next weekends. It will be good to experiment.

“Maybe for the last race or something it would be a nice memory to have.”

The internal design would need to be approved by the FIA, which homologates all helmet designs from a safety standpoint.

There are also broadcast considerations that are being taken into account with the quality and reliability of the picture also critical in the camera’s implementation.

In recent years driver eye videos have become increasingly common, though are primarily pre-recorded – often with an action camera fixed to the helmet but also using a pair of ‘video glasses’  worn by the driver.