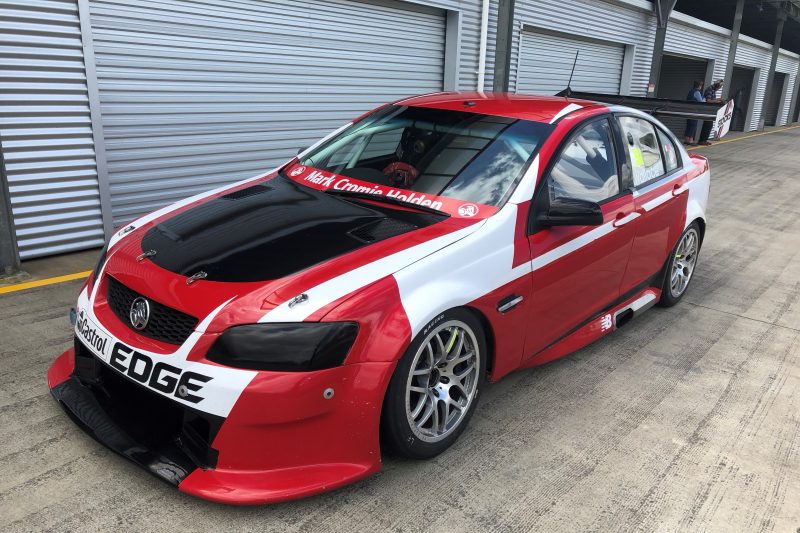 Rob Wallace will step up to Class One to pilot the Holden Commodore in 2018/19 and will do so with Murphy’s trademark #51.

Murphy drove the car to the 2013 and abbreviated 2014 championships when the then-new V8 SuperTourers series ran separately to the established NZV8s.

“The car clearly has a lot of heritage,” said Wallace, who bought the car in the off-season.

“I actually still can’t quite believe that we have one of Greg Murphy’s cars, and he said we can keep #51 on the door, which we wanted to do to help in keeping with the history of the car.”

Wallace has been racing in Class Two of the BNT V8s in a Ford Falcon.

As part of the deal to buy the Commodore, he will have one-on-one tutelage from Murphy at an upcoming test day in order to become more acquainted with the Class One machine.

“The amount of speed the car has, and the braking, is just so much different and it’s so responsive on the turn into corners. It’s an awesome car to drive.

“The car is a lot more driver friendly than what I expected. But there are a lot of small things I’m needing to adjust to such as not using the clutch on upshifts, and getting the right amount of brake pressure on to get it to stop.

“A day at the track with Murph was part of the deal with buying the car, and I think some driver training from him will be hugely beneficial to me. I still have a lot to learn.”

Wallace’s move emulates that of Chelsea Herbert, who moves from a family-run Class Two outfit to the benchmark Richards Team Motorsport squad.

“A number of drivers are making that step up into Class One, so that’s where I want to be,” added Wallace.

“The field is growing in class one and I want to be part of that.”

Herbert will be team-mate to Australians Brenton Grove and Scott Taylor, while Jack Smith will also be back in a Hamilton Motorsports Commodore.

The new season kicks off on the support card for the ITM Auckland SuperSprint at Pukekohe on November 2-4.