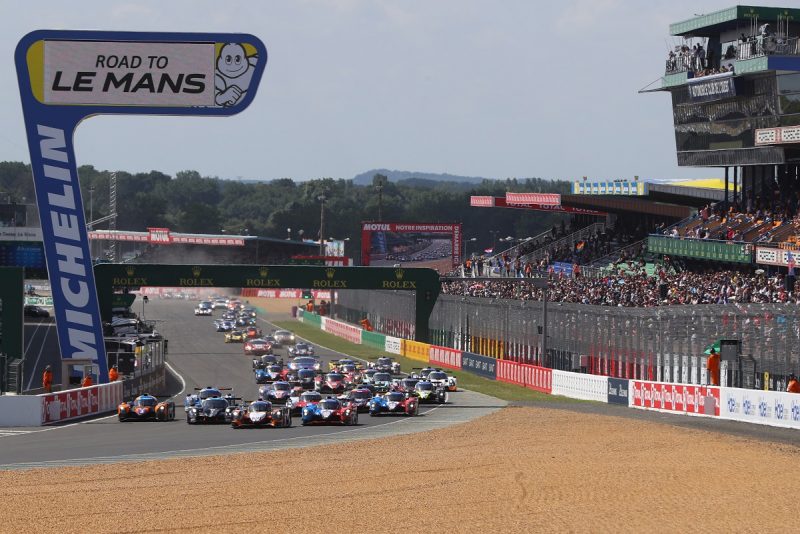 LMP3 Cup Australia will run on Michelin tyres, aligning it with much of the world’s prototype racing Photo © JEP – www.jakobebrey.com

Organisers of the LMP3 Cup Australia have confirmed that the series has reached minimum entry numbers to begin in 2019, as well as signing a tyre supply deal with Michelin.

The new ACO-backed series will debut next year in the hope of riding the momentum which has seen prototype racing flourish in Asia, and drawn a multitude of Australians and New Zealanders to race on the continent.

“We have already received entries to date complying with CAMS requirements for minimum entry numbers, allowing the category to proceed into 2019,” said LMP3 Cup non-executive director Chris Papadopoulos in correspondence distributed to media.

“The entries received so far are from a mix of Australian and Overseas teams, already proving that the category will be a boost to the Australian motorsport landscape.”

The entries are so far spread across three of the four eligible chassis, namely Ligier, Norma, and Ginetta, and are said to be a mixture of new and used cars.

Michelin has been announced as the series’ tyre supplier, aligning LMP3 Cup Australia with the Asian Le Mans Series which it is intended to complement, as well as the FIA World Endurance Championship.

Competitors will receive three new sets of tyres each round, except for the first round when four sets will be provided.

“Michelin are a highly respected company both here and around the world. Everyone knows the quality of their products and they have unrivalled experience in LMP3 racing,” said Papadopoulos.

“It’s very exciting for the category to have such a strong partner in Michelin. We know the quality of their operation and service on the ground here in Australia is the best available.”

Patrick Dias, Michelin Motorsports Director for Asia-Pacific, added, “As the global leader in tyre technology, Michelin’s DNA is entrenched in competition as motorsport provides the best opportunity for us to test and develop tyres not only for competition, but for our customers on the road.

“We look forward to partnering with the LMP3 Cup in Australia as it reaffirms our position as the leading tyre manufacturer in Le Mans Prototype competition globally.”

The six-round calendar has not yet been finalised, but half of the season will run on the Shannons Nationals program.

Dates have been chosen in order to allow for competitors in the Asian Le Mans Series, which starts again in late November and finishes in late February, to ship cars to Australia and run in both series.

Each car must by piloted by an FIA Silver- or Bronze-rated driver with Platinum drivers allowed as co-drivers.

The outright series winner will receive free entry into the Asian Le Mans Series, which in turn offers an entry into the Le Mans 24 Hours for the LMP3 class winner.