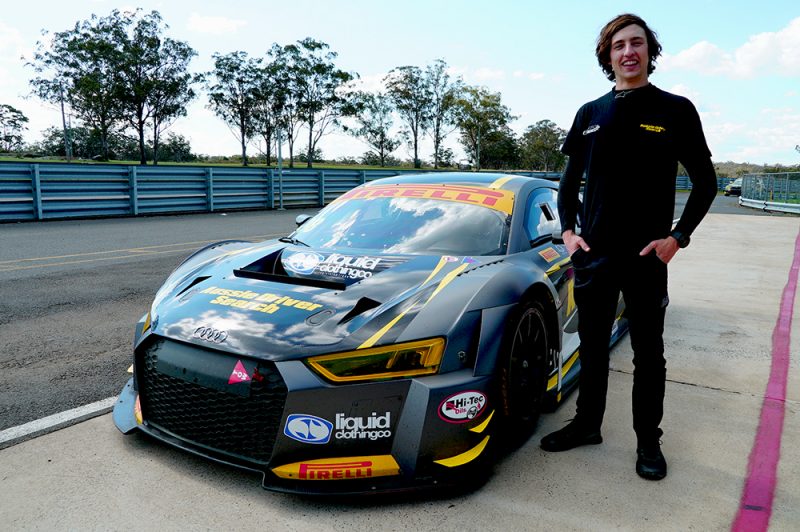 Super2 driver Macauley Jones is keen to explore GT racing after making his debut in a GT3 car at Morgan Park.

Jones logged his first GT laps during the Aussie Driver Search (ADS) round at the rural Queensland circuit.

The Supercars co-driver spent the day behind the wheel of an Audi R8 LMS GT3 car, part of the ADS fleet of race cars which are used to help unearth future racing stars.

Having never logged a lap in the high aero machinery, Jones was impressed by the car, leaving him keen to investigate opportunities in the discipline alongside his Supercars exploits.

“I really loved it they are a confidence inspiring car it is very different from what I’m used to but I definitely could get used to it,” Jones told Speedcafe.com.

“The aero is very different to that of a Supercar and you can really push hard into the corner and these things are a much more nimble car to drive.

“I’d definitely like to do some racing. I like the longer endurance races that they do such as at the Bathurst 12 Hour.”

Jones admitted that the Liqui-Moly Bathurst 12 Hour would be high on his list of events to take part in.

“I think it has been on my lists for a few years now,” he added.

“It is a difficult race to get into and a it’s a long week but I’d definitely like to do it in the future.”

The Super2 driver however remains a player in the Supercars silly season having been linked as a possible replacement for Tim Blanchard should he call time on his full-time Supercars career or switch teams.