Carrera Cup title a boost for Evans in Porsche Shootout

Carrera Cup title a boost for Evans in Porsche Shootout 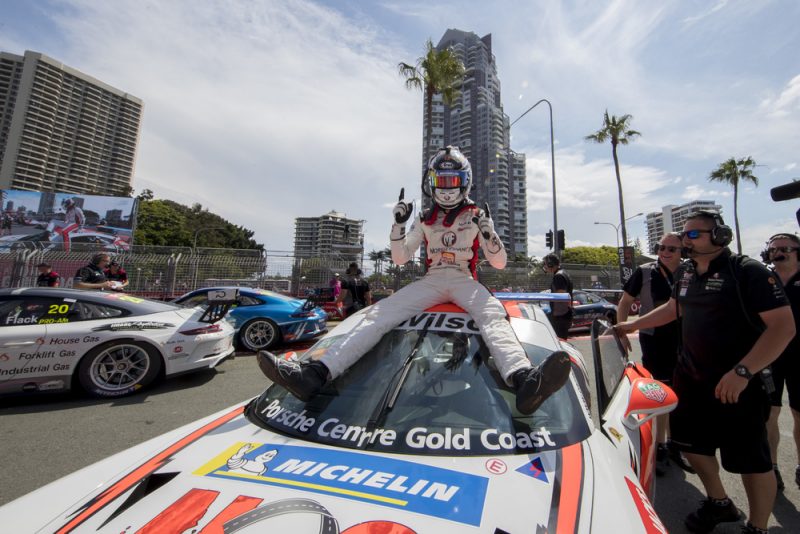 Evans secured the outright title in the season finale on the Gold Coast after showing impressive form all year, beating outgoing winner David Wall and rival Dylan O’Keeffe to the trophy.

It was announced in September that the Queensland-based New Zealander would be the Australian representative for this year’s Shootout.

Matt Campbell won the 2016 edition of the Shootout and had since progressed through the Porsche ranks, something that Evans is hoping to emulate when he takes part in the event in France next week.

“For sure (winning the Carrera Cup championship is a confidence booster heading into the Porsche Shootout),” Evans told Speedcafe.com.

“To not only be on the podium here but race against guys like Earl (Bamber) and David Wall has been awesome, so I certainly go into the Shootout this week with a lot of confidence and just put my best foot forward and hopefully it’s good enough and we can continue to follow in the footsteps of Matt (Campbell).”

Campbell’s pathway saw him race a season in the Porsche Mobil 1 Supercup series, before earning a seat in the FIA World Endurance Championship GTE-Am class with a Porsche customer team.

Evans didn’t rule out a campaign in Supercup next year, but outlined that he is analysing all his options first before making a final decision, with the victorious driver from the Shootout set to receive significant funding towards a drive in the 2019 Supercup season.

“To be honest at the moment we’re still sort of going through some options,” he commented.

“Obviously I’ll go to the Shootout and try and put my best foot forward and see how we end up in the wash of that.

“I’d love to move to Europe next year and race in the Mobil 1 Supercup, but obviously motorsport is an expensive sport and we’ll just suss out some options and hopefully pick the best one for my future going forward.”

The 22-year old says he is not actively pursuing a Pirtek Enduro Cup Supercars co-driving berth, but would consider the opportunity if one landed in front of him.

“We haven’t spoken to anyone really within Supercars paddock,” revealed Evans.

“I’d certainly love to drive a Supercar at some stage.

“Obviously an enduro drive would have been nice this year but I think some things happen for a reason so I could just focus on my championship this year.

“It’s probably been a good thing that I wasn’t jumping in between the two different cars but it’s certainly something I’d look at doing in the future and hopefully an opportunity comes to us.”

O’Keeffe was named as the Wildcard nomination for the Shootout, granting him a second attempt at the young driver evaluation event.

The Shootout will take place at an as yet unnamed French circuit next week.