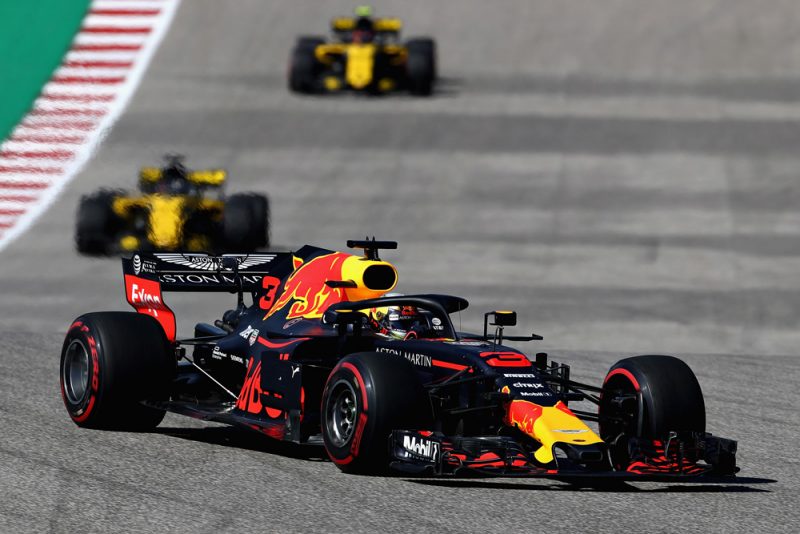 Daniel Ricciardo punched a hole in the wall in his drivers’ room in the paddock of the Circuit of the Americas following his retirement from the United States Grand Prix.

The Australian was running fourth in the opening stages before rolling to a halt on Lap 9 with a sudden mechanical failure.

According to Red Bull boss Christian Horner it was the same issue he’d seen earlier in the season, with no warning prior to the car shutting down.

“It’s just a crying shame for Daniel, and I feel so sorry for him because it looks like the identical power unit issue that he had in Bahrain where it’s just gone into a complete shut down,” Horner told Sky Sports.

Rubbing salt into the wound was the performance of Max Verstappen, who was six seconds behind Ricciardo at the time of his retirement but went on to finish second on the tail of race winner Kimi Raikkonen.

“He (Ricciardo) would have been equally strong in the second half of the race,” Horner opined.

“I feel very, very sorry for him. He’s just taken his frustration out in his room by putting his fist through the wall, which you can totally relate to.

“He doesn’t blame the team in any way, he knows we’re doing everything we can, it’s just one of those things.”

Despite the apparent engine issue, Horner doesn’t believe Ricciardo will take a grid penalty in Mexico next weekend.

“Hopefully we’ve got enough components in our pool for him not to have to take a penalty. I’m sure he’ll be having a word with his future employers about it because it’s just so frustrating to keep losing him from races at the moment.

“I think both the guys can be strong in Mexico,” he added.

“We saw we won it well last year, it was a really dominant win for us. At that altitude the engines can’t breathe, it brings it all closer together. That gives us a chance.

“We’re lacking that horsepower will give us a fairer chance on a Saturday and hopefully you can see we’ve got a good race car.”