POLL: NASCAR on the Gold Coast

POLL: NASCAR on the Gold Coast 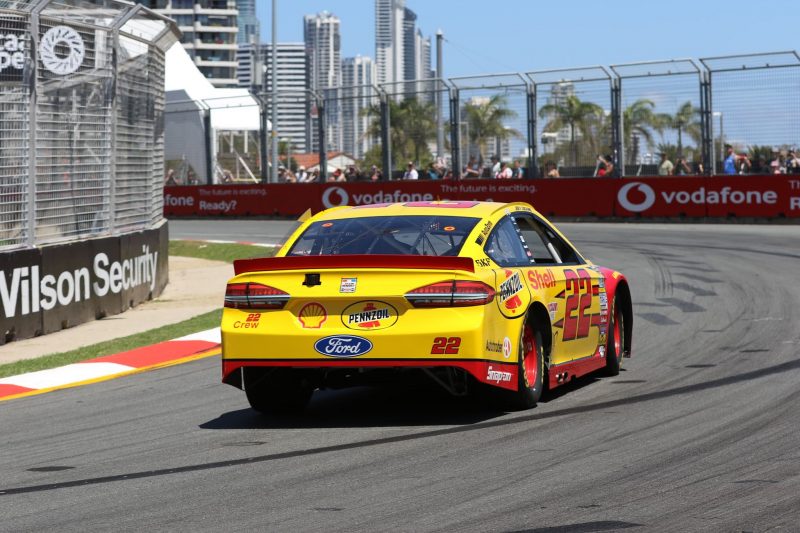 Supercars has revealed that it is in preliminary talks about bringing NASCAR to the Gold Coast and in this week’s PIRTEK Poll, Speedcafe.com wants to know what you think of the idea.

Supercars CEO Sean Seamer told assembled media on the Friday of the Vodafone Gold Coast 600 that discussions with the North American series are at an embryonic stage, but that there is a move to restore a genuine international element to the event.

The revelation coincided with the presence of a Team Penske Ford Fusion in which Scott McLaughlin and Fabian Coulthard cut demonstration laps of the Surfers Paradise Street Circuit, and came after a visit by NASCAR executives to The Bend SuperSprint in August.

Seamer said that the demonstration would be closely monitored to gauge fan reaction before holding more talks with NASCAR.

“It is still really early days,” he told media including Speedcafe.com.

“The first thing was let’s get one out and running this weekend and see what it looks like and goes like and gauge the reaction. If it all goes well this weekend those conversations will keep going on.

“How I would summarise it, it is early days, positive intent and there is a lot of interest.

“How it works operationally and make it happen is going to take a lot of time to work through.”

McLaughlin, who harbours desires to one day race in NASCAR, described the experience as “unreal”, while team representatives who Speedcafe.com spoke to were generally favourable towards the concept.

The event ran as the Gold Coast Indy, despite sitting on the CART/Champ Car side of the split, from its birth in 1991 to 2008, before a stillborn attempt to establish an A1GP round just as that championship collapsed in 2009.

It also featured the short-lived Australian NASCAR series as a support act in its early days.

Supercars took over undisputed top billing in 2010, when the event was revamped as an enduro round with twin 300km races and a requirement for international co-drivers, while the southern end of the circuit past what is now the Turn 4 Hairpin and the former Esses was lopped off.

A NASCAR race could solve that problem, ticking a box for Queensland Government decision-makers who see the event as a means of showcasing the state’s second-biggest city, and Supercars has already committed to switching the Gold Coast format to Sandown’s in a bid to free up space on the Saturday.

However, there are still a number of unanswered questions around the scheduling of the race (if Sandown is any guide), the logistics of the tight Macintosh Island pit lane, and availability of cars/drivers given a clash with Playoff races for both the top tier Cup Series and Truck Series.

Fan response is also a key factor, and Speedcafe.com wants to know what you think.

Would you be interested in watching a NASCAR race around the streets of Surfers Paradise?

IndyCar is unlikely to return in the near future given its preference of avoiding a clash with the start of the NFL season, but is there another international/overseas series which you would prefer to NASCAR?

Is there even a desire from fans to see an international act on the Gold Coast again, or are you satisfied with the current Supercars-dominated offering?

Should NASCAR come to the Gold Coast? Cast your vote in this week’s PIRTEK Poll.