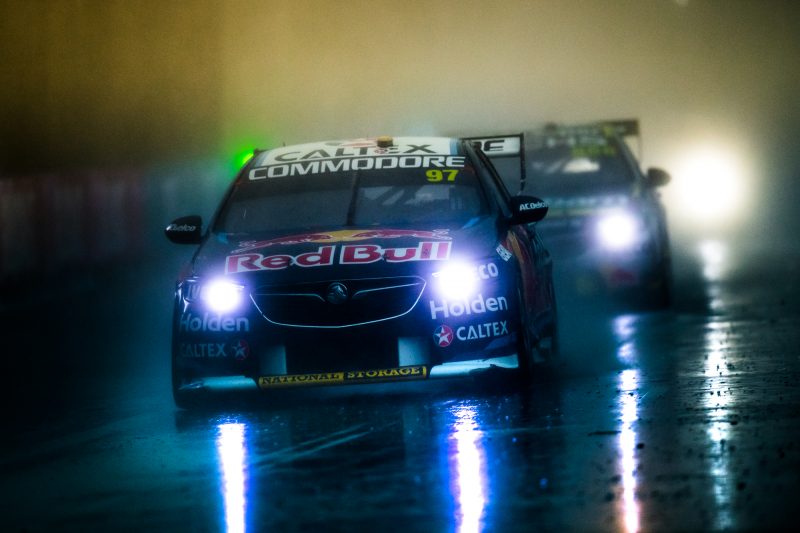 Shane van Gisbergen believes Supercars should have the flexibility with television broadcasters to move race time slots to avoid abandonments from wild weather in the future.

A thunderstorm forced organisers to call Race 27 on the Gold Coast with only 42 of 102 laps in the books meaning no championship points were awarded as the race failed to reach the required 50 percent of scheduled distance.

The race was suspended on lap 37 due to the treacherous conditions before Race Control sent the cars out of pit lane after a 35 minute delay in an attempted restart behind the Safety Car.

With lightning and heavy rain continuing to fall, the race was suspended again before ultimately being abandoned 23 minutes before its 1648 time certain cut off.

After missing out on an opportunity to close the gap to championship leader Scott McLaughlin, van Gisbergen called for more flexibility in scheduling and for time certain finishes to be abolished.

He also thought that severe weather warnings that were issued the day prior to the race should have been heeded.

“We have this conversation every time there’s a time certain race, it ruins it for the fans, the drivers, everyone,” said van Gisbergen.

“The TV station we’re on should be flexible like that.”

“It was crazy weather out there, there were storm warnings from first thing this morning so people should have maybe put the race forward. But people smarter than me do that.”

However, scheduling of races is largely dictated by lucrative television agreements.

“From what I understand, it’s more the TV world, it’s more important for them to get the right time slot, but as Shane said, we knew the weather was coming, we didn’t know what time,” said Craig Lowndes.

“We predicted it was going to come before the start of the race, but it didn’t.

“Whether you have to have more flexibility to start the race earlier, from a fan’s perspective probably is a good thing, but I think it’s more the TV world.”

Reflecting on the race, Van Gisbergen believes it was the right call to abandon the race but felt the attempt to restart was silly.

“They (Supercars) did everything right except for sending us back out again,” added van Gisbergen.

“They canned the race for safety, safety for the TV (Camera operators), the teams, the drivers and that’s a priority when the weather is like that.

“They made that call right, but I don’t know what they were thinking trying to get half distance, it was just silly. We couldn’t even keep up with the Safety Car.”

Van Gisbergen is 14 points adrift of McLaughlin in the title race ahead of the ITM Auckland SuperSprint from November 2-4.