Reynolds on pole as McLaughlin, Whincup fail to set times

Reynolds on pole as McLaughlin, Whincup fail to set times 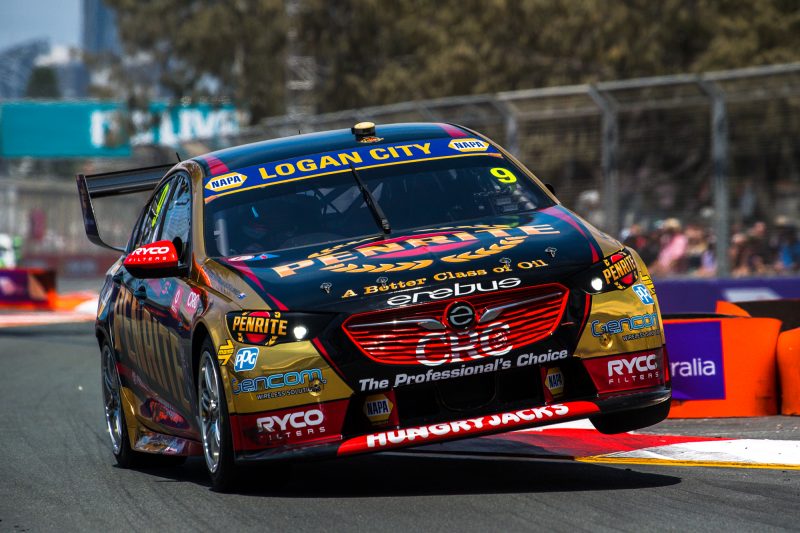 David Reynolds has gone from eighth to pole in the Armor All Top 10 Shootout for Race 27 as Scott McLaughlin and Jamie Whincup both copped kerb strikes.

Reynolds’ #9 Erebus Penrite ZB Commodore will share the front row with the Race 26 winner for the finale of the Vodafone Gold Coast 600, the #55 Supercheap Auto FGX Falcon, while McLaughlin qualified eighth and Whincup ninth.

Shane van Gisbergen (#97 Red Bull HRT ZB Commodore) was last man out and looked like holding onto provisional pole as he went 0.1645s faster than Reynolds to the first sector, but could only manage third in the end as he seeks to reclaim the Virgin Australia Supercars Championship lead.

Reynolds was only the third on track but as the first of those with new tyres, he put 0.3751s between himself and the two that went before him.

Chaz Mostert came within a whisker in Car #55, while both van Gisbergen and Craig Lowndes (#888 Autobarn ZB Commodore) also ended up with a tenth of Reynolds’ time.

“It was pretty nervous, few kerbs strikes and stuff, might have got a bit lucky there,” said Reynolds.

“All in all I put a good lap together, I was 90 percent through Turn 1 and did a good rest of the lap; I was really happy.

“The car in Qualifying wasn’t the best and we went back to our set-up we had yesterday and transformed the car.

Van Gisbergen had a similar sentiment and took a relatively cautious approach to his lap.

“Shippy (Grant MacPherson, engineer) has got a way with words that when he spoke it sounded simply like ‘just don’t stuff up’.

“I under drove like hell, I think we were the last car, through the chicanes I made sure I stayed between the lines and just did an average lap.

Scott Pye, also on greens, followed Reynolds on track and so close were there first two sectors that the #2 Boost Mobile ZB Commodore was faster in each but still less than a tenth quicker in total.

In the final sector, however, he drifted to 0.1009s adrift but still qualified fifth.

James Courtney (#25 ZB Commodore) was next on the Surfers Paradise Street Circuit after team-mate Pye and went only 0.0059s slower again.

Cameron Waters (#6 Monster Energy FGX Falcon) was the first of only seven drivers to set a time.

Whincup, the third-last on track, barely got the #1 Triple Eight ZB Commodore stopped into the Front Chicane and stepped too far right at Turn 2.

McLaughlin’s (#17 Shell V-Power FGX Falcon) error came through the middle of the Beach Chicane complex and dropped him back to eighth having provisionally qualified second.

“Mistake on my part,” he lamented.

“I wasn’t as hungry there yesterday and I tried to be a bit more hungrier and just obviously overstepped the mark.

“Disappointing because the car actually felt really good. That’s good for the race.

“Kind of (thought I took too much kerb) but I said ‘if I get away with this it will be awesome’.

“Braked well, got the first one right, I’ve been meaning to take a bit more of that second one… I just overstepped the mark in the Shootout.”

Tim Slade (#8 Freightliner ZB Commodore) also hopped at the Beach Chicane when he was second car onto the circuit.