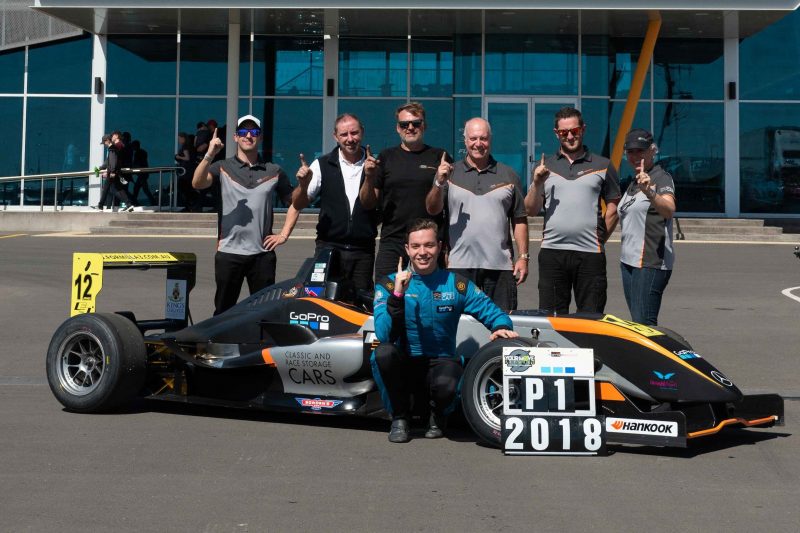 Harri Jones has won the 2018 Australian Formula 3 Premier Series after taking out two of the three races in the final round at The Bend.

While Cameron Shields qualified on pole by more than 0.3s, Jones made the better start from the outside of the front row and went on to claim the Race 1 win.

He backed up with another win in the second, meaning that that 19-year-old needed only to finish Race 3 to seal the title.

Shields went and won the last race of 2018 after getting a superior start as Jones appeared to cruise home in second.

“I’m so happy for the entire team that all of our hard work paid off,” said Jones, who was only in his first full season in Australian F3.

“It was an exceptional season, a steep learning curve, and I just can’t believe that we’ve done it.

“I have gained so much valuable experience this season, learning from the likes of Bruce Jenkins and James Winslow, and I feel my driving has been taken to the next level.”

Shields was the series runner-up.