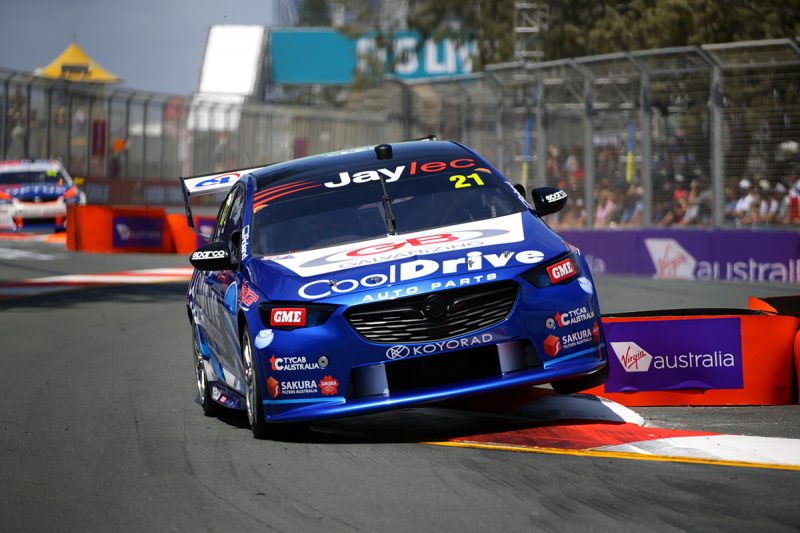 Tim Blanchard Racing aims to confirm its 2019 plans within the next two weeks with a change to its driver line-up thought to be a strong possibility.

The entry will next season remain at Brad Jones Racing which has run the #21 car since the Blanchard family purchased a Racing Entitlements Contract at the end of 2016.

Tim Blanchard has piloted the car over the last two seasons although the 31-year-old is considering his full-time future in Supercars for 2019.

Last season Blanchard contemplated stepping down from the seat at the end for the campaign before recommitting for this season.

Suggestions he will step back have circulated through the paddock at the Gold Coast with Macauley Jones among potential candidates to take over the drive in 2019.

Jones was linked to the seat last year and is eager to make graduate to the main game having impressed in Super2 and Supercars wildcard outings this year.

“We have agreed with Brad (Jones) that we will run the car here but as to who drives it and other developments behind it, we are still finalising those in the next week or two,” Blanchard, who is 23rd in the championship standings, told Speedcafe.com.

“I always want to keep driving because I still enjoy it. There is a number of elements at play and they will kind of ultimately make the decision.

“I’m very fortunate. The decision as to who drives the car, whether it is me or someone else is entirely up to me.”

Blanchard says that his family is committed to continuing its involvement in Supercars if he steps back from full-time racing.

The car is sponsored by Blanchard’s CoolDrive auto parts firm and its presence in Supercars is seen as a key part of the company’s marketing program.

“We didn’t just buy the REC for my driving career, it was more myself and my family and CoolDrive’s involvement in the sport long term,” he added.

“We will always keep an eye post my driving career. We are definitely not interested in selling the REC and moving on once I stop driving.

“It is a big marketing platform for us and key part of our marketing program. I think from an activation point of view it has been very beneficial for us.”

Should Blanchard decide to vacate his seat, a role in the management of the team would be likely.

“I would like to be racing and do some racing but I would like to be involved in the running of the team and making sure it is achieving everything it can,” Blanchard added, when asked if he would like to continue racing if he stepped away from full-time Supercars driving.

The seat at Tim Blanchard Racing is among several yet to be decided for 2019 which is likely to feature a changed grid.

Mark Winterbottom’s future is not yet resolved with the 2015 champion out of contract at Tickford Racing, which has handed back a REC.

The Ford squad is expected to run a customer REC in the form of Milwaukee Racing next season.

Nissan Motorsport has not confirmed its driver-line-up while Preston Hire Racing is set for a fresh look with Lee Holdsworth confirming he is on the driver market.