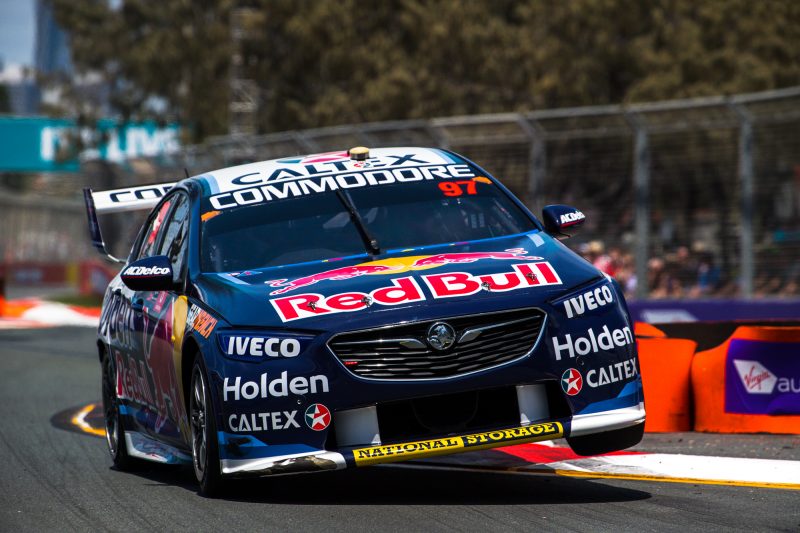 Shane van Gisbergen has secured provisional pole for Race 26 of the Supercars Championship as Craig Lowndes was penalised for his part in a shunt with Richie Stanaway. 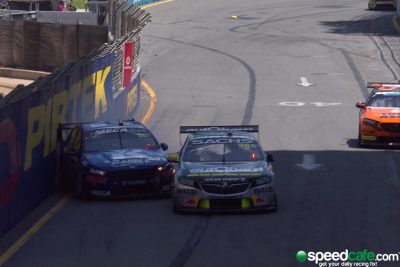 He was one of three slow-moving cars when Stanaway came up on them at the Turn 4 Hairpin in the latter half of the 20-minute session.

While van Gisbergen cleared the scene and Jack Le Brocq (#19 Tekno Autosports ZB Commodore) stayed left of the braking zone, Lowndes was still weaving on the race line and was hit in his right-rear corner by Stanaway.

“It’s one of those things, we all talk about traffic being around, but I was one of them today, unfortunately,” said Lowndes.

“Went out for that last run, I was looking in the rear vision mirrors and all I could see was Le Brocq behind me and all of a sudden he disappeared and Richie came on the scene.

“I’ll go up and apologise to him, it was my mistake, I should have got out his way.”

“It’s obviously just one of those things, it’s unfortunate for both of us,” said the New Zealander.

“I gained vision of his car as I cleared Turn 3, he’s obviously turned to the left and I thought that he was getting out the way but he was just warming his tyres.

“By the time I realised I had too much car speed to pull it up; just disappointing for both of us, I guess.

“Probably not ideal the way we ran our session, obviously that run plan being a bit out of sync because it compromised my second tyre run as well.

“Wasn’t the smartest run plan from us anyway; just how it goes sometimes.

“We didn’t have car speed anyway so for whatever reason just had no speed for the last few rounds.

“Just been scratching my head for the last few months and don’t really know what’s going on.”

David Reynolds was second after the first run and led after the second in the #9 Erebus Penrite ZB Commodore.

He reclaimed the lead with seven minutes remaining before being bumped by van Gisbergen and then Whincup.

“We still have a shootout to go, won’t get too excited,” said van Gisbergen of his provisional pole.

“Car was good, managed to do it on two sets of tyres, so got another new set for the Shootout and then a spare set for tomorrow if we need it. That’s really cool.”

Reynolds will be eighth out in the Top 10 Shootout having not lost any more positions.

Scott McLaughlin was almost another tenth slower in finishing fourth in the #17 Shell V-Power FGX Falcon, while James Courtney (#25 Boost Mobile ZB Commodore) rounded out the top five with a final flyer which consolidated his place in the top 10.

Rick Kelly (#15 Castrol Nissan Altima) improved two positions after the chequered flag but was 0.0122s short of the other position he needed to make the Shootout.

The Armor All Top 10 Shootout which will finalise the starting grid for this afternoon’s race starts at 1125 local time/1225 AEDT.

Results: Armor All Qualifying for Race 26