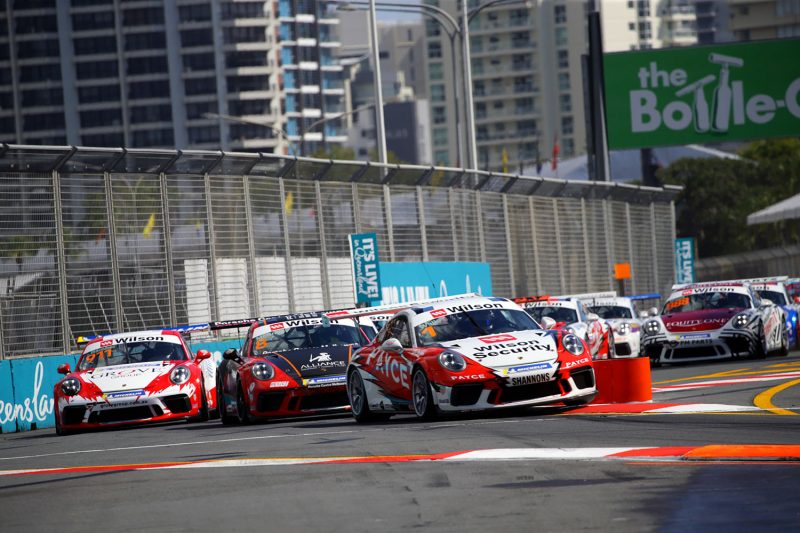 Speedcafe.com understands the two drivers were involved in an altercation following Race 1 which is now the subject of a stewards hearing.

The pair made contact during this morning’s race when Wood dived up the inside of Moffat at Turn 11 which forced the latter down the escape road.

Carrera Cup has confirmed to Speedcafe.com that the incident is being investigated with the hearing adjourned to Sunday morning.

“There was an issue in the Carrera Cup Parc Ferme area,” read a Carrera Cup Australia statement issued to Speedcafe.com.

“The issue has been referred to the stewards.

“The hearing was opened and has been adjourned to tomorrow morning due to the proximity of Carrera Cup Race 2 and Supercars commitments for some of the parties involved.”

Carrera Cup Australia’s final race of the season at the Gold Coast 600 will take place on Sunday at 1305 local time.