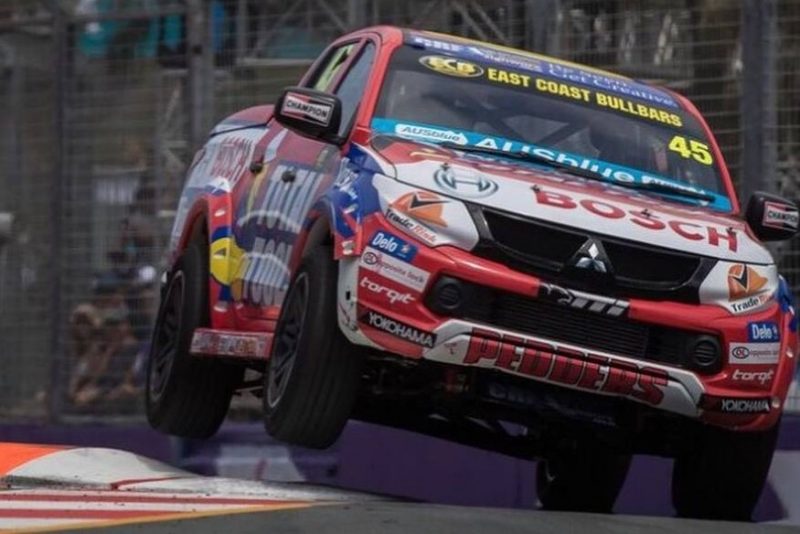 Mick Sieders will be back on track thanks to parts taken from a Mitsubishi executive’s car pic: Team Triton Racing Facebook

Sieders Racing Team has borrowed parts from the car of a Mitsubishi executive attending the Gold Coast 600 to effect overnight repairs on one of its Triton SuperUtes.

Mick Sieders went into the wall during Friday’s Armor All Qualifying session after swiping the barriers through the Front Chicane, which broke the steering and turned his Triton hard-left on exit.

Pseudo team-mate Luke van Herwaarde in a Western Sydney Motorsport Toyota Hilux which is also prepared by SRT came to grief at the same corner minutes later, causing the team several hours of work which wrapped up half an hour after midnight.

However, a shortage of spares meant that the crew had to source parts from the executive’s road car which was parked nearby, team owner Luke Sieders has told Speedcafe.com.

“We had a bent steering shaft in Mick’s car and a few other bits and pieces that we didn’t have,” he explained.

“We’ve got a pretty big contingent here with Mitsubishi corporate so one of the executives had his company car here in a motel up the road and we got hold of him last night and were able to take a few bits and pieces out of his road car to get us back on track today.

“Tomorrow we’ll get the parts back and get his car back going so he can go home on Monday.”

While debutant van Herwaarde’s was arguably the more spectacular of the hits, when he smashed into the tyre barrier and sent glass and plastic flying, the Triton sustained greater damage due to its impact with concrete.

“We did the steering shaft which we had to get out of the car in the car park, steering racks… we pretty much did the same on both cars but Mick’s had chassis damage whereas Luke’s didn’t have chassis damage.”

Both cars have been patched up ahead of ECB SuperUtes Race 1 today from 1205 local time/1305 AEDT, in which van Herwaarde will start from third and Mick Sieders from sixth. 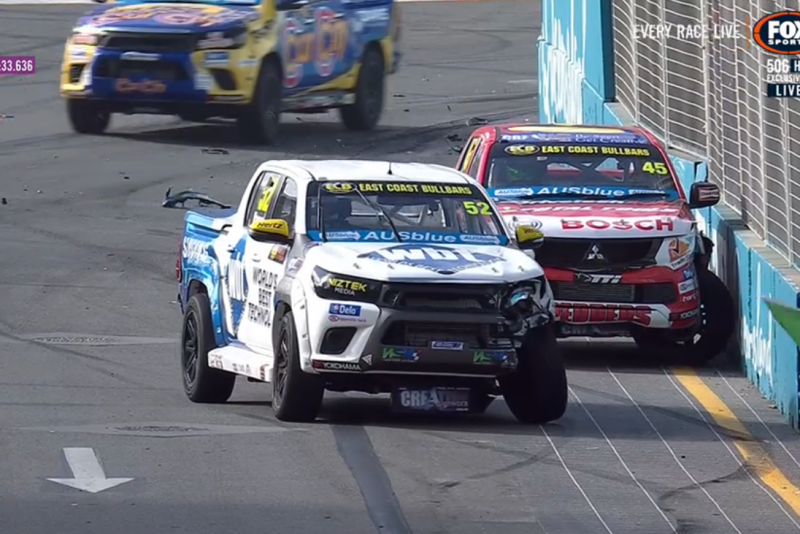