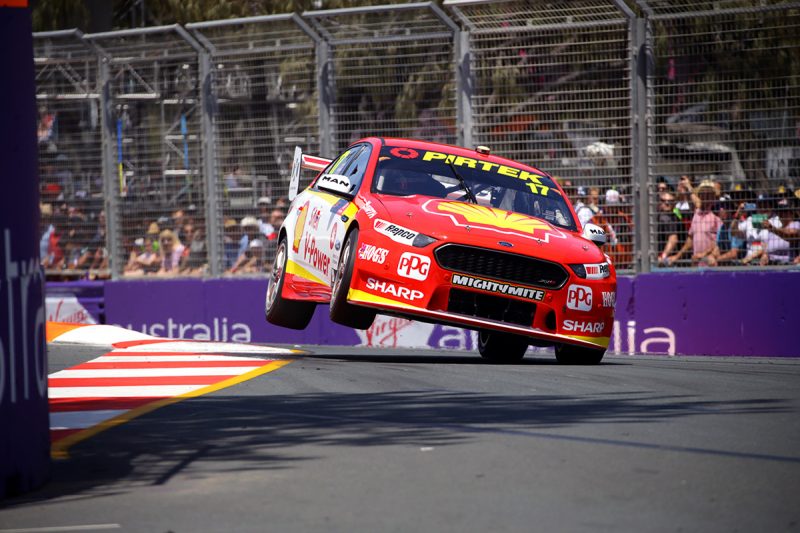 The Shell V-Power Racing pilot put pressure on the three men who followed him by clocking a 1:10.3744s in the #17 FGX Falcon, 0.1454s faster than his best effort in the earlier 20-minute session.

David Reynolds (#9 Erebus Penrite ZB Commodore) was the next driver on track but was chasing the Kiwi through the first and second sectors before he broke into a small slide at the final sequence of corners and came up two tenths slower.

Jamie Whincup split them when he pipped Reynolds by just 0.0014s in the #1 Red Bull HRT ZB Commodore, despite not setting any of the fastest sectors.

Van Gisbergen was last man onto the Surfers Paradise Street Circuit in the sister #97 ZB Commodore but hopped at the Beach Chicane and will start in the fifth row of the grid alongside James Courtney (#25 Boost Mobile ZB Commodore), who committed the same offence having already missed the apex at the Turn 4 Hairpin.

The latter had provisionally qualified fifth, meaning he was the other major mover in the session, albeit in the wrong direction.

“It’s a shame, the first sector I mucked up and was just trying to make it back.

“Makes it hard starting from 10th (but) we’ll have a good go. We’ll be alright.”

McLaughlin, on the other hand, qualified on pole for the 12th time this season and 45th in his career, and securing a second straight Armor All Pole Champion award and extra $10,000 in the process.

“Great for everyone at Shell V-Power Racing,” he said.

“We had two good cars today and I felt like we could have done it in Qualifying; just didn’t get the lap together.

“To do it in the Shootout is even better, it’s fantastic.

“Thanks Armor All, obviously it’s a great prize being on pole but we need to try and collect it in the race.

“Good start (to the day), I’m stoked and we’ll give it a good hard crack. Great for everyone at the team and we’ll just push on as a squad.”

Fabian Coulthard will start from the outside of the second row after he swiped both mirrors but appeared to not put any other marks on the #12 DJR Team Penske FGX Falcon.

Up to an including Coulthard, the session had progressed as predicted by provisional qualifying, with each driver faster than the previous.

Chaz Mostert (#55 Supercheap Auto FGX Falcon) and Michael Caruso (#23 Industrial Athlete Nissan Altima) start from Row 3, while the two cars behind both got away with contact.

Nick Percat bumped the wall at Turn 13 in the #8 Alliance Truck Parts ZB Commodore on his way to seventh, while Cameron Waters swiped the tyres exiting the Front Chicane as he qualified eighth in the #6 Monster Energy FGX Falcon.