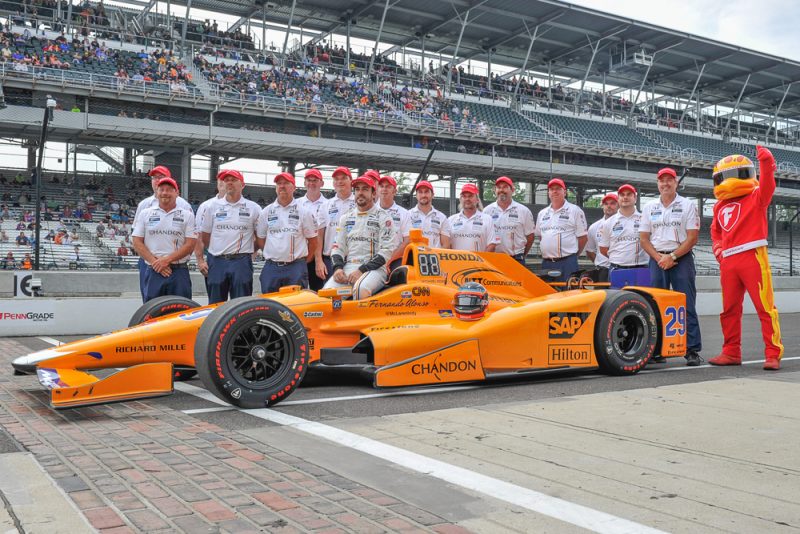 McLaren will not enter IndyCar in 2019

McLaren team boss Zak Brown has confirmed his squad has abandoned plans to run an IndyCar program in 2019 but is open to the idea of an Indy 500 start.

The team had been exploring a potential program, with suggestions it would have linked up with Andretti Autosport and run as a satellite operation.

Fernando Alonso, Stoffel Vandoorne, and Scott Dixon were all tipped as potential drivers for the new outfit, which would have been based out of Indianapolis.

However, Brown has confirmed that he’s decided not to enter the American open-wheel series as the team focuses on reversing its flagging fortunes in Formula 1.

“For the IndyCar Series, we have taken a decision to not compete on a full-time basis in 2019,” Brown announced.

There is, however, a chance of a future project, with Brown also open to a berth at next year’s Indianapolis 500.

“We do have a desire to do it, as I have mentioned before, in the near future,” he admitted.

“As far as the Indy 500 is concerned it remains of interest to us.

“That will be a decision that ultimately we will take in the off-season, and I think it is something that Fernando would like to do as well, but right now we are still focused on F1 and until we get a little bit of fresh air we will remain focused on that.”

Away from McLaren, Alonso competes with Toyota in the World Endurance Championship, with which he won the 24 Hours of Le Mans this year.

It leaves just the Indy 500, which Alonso competed in with McLaren and Andretti Autosport in 2017, for the Spaniard to become the second driver behind Graham Hill to win motorsport’s unofficial ‘triple crown’.

McLaren currently sits sixth in the F1 Constructors’ Championship with 58 points, a tally that is quickly being hauled in by Racing Point Force India which is just just five points behind despite having lost all its points prior to the Belgian Grand Prix.