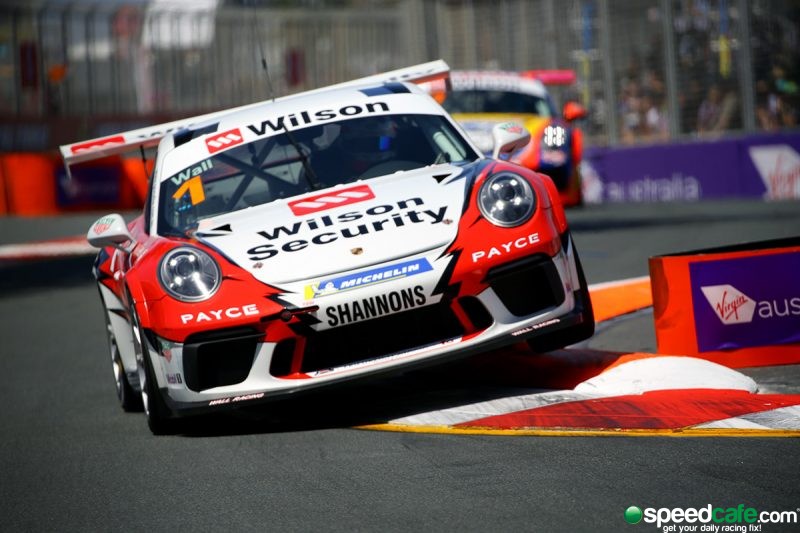 Using a single set of tyres, Wall banked his best time in the middle part of the session as his rivals took to the pits for a fresh set of rubber.

A red flag as the session built towards its climax ended the session, locking Wall into pole by less than half a tenth from Nick McBride.

James Moffat set the early pace with a 1:19.1727, a time that was quickly bettered by a raft of others as the first truly representative times began being set.

At his first attempt at a proper flyer Moffat found himself racing through the escape road at the opening chicane shortly before Jaxon Evans banked a 1:13.1263s seven minutes into the session.

Predictably it was quickly beaten by Jordan Love, McBride, Cameron Hill, Wall and Evans himself, who soon improved to 1:12.7059s.

Shortly after the halfway point of the session the bulk of the field headed into pit lane to change onto a new set of Michelin tyres.

As they did, Wall lowered the marker by 0.0442s lap with a 1:12.2760s, the fastest Carrera Cup lap ever set around the streets of the Surfers Paradise.

Contrary to the majority of the field, Wall elected not to pit for a fresh set of tyres while Glen Wood, who had, began lighting up the timing screens.

Fastest to the first split he then lost time through the Beach Chicane to eventually move into seventh place with a 1:12.6144s.

A heavy crash for Sam Shahin out of the Beach Chicane triggered a red flag with four minutes left to run in the session.

The incident required extensive cleanup, the impact tearing the front left wheel from the car.

It left officials little choice but to declare the session, confirming Wall on pole position from McBride, Evans and Earl Bamber who’d quietly improved midway through the session to sit fourth.

The opening Carrera Cup race of the weekend, a 32 lapper to conclude the series’ Enduro Cup, begins at 0835 on Saturday morning.