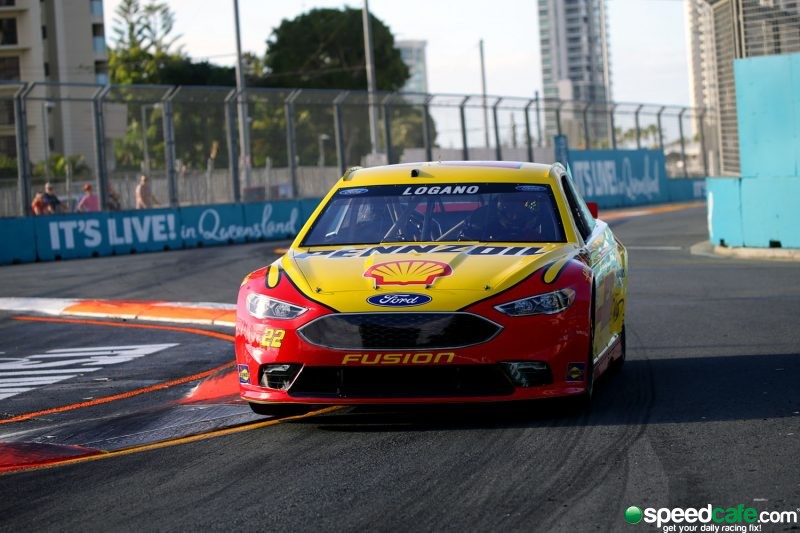 Scott McLaughlin says an ‘unreal’ maiden NASCAR experience lived up to expectations after conducting a special demonstration at the Vodafone Gold Coast 600.

McLaughlin and team-mate Fabian Coulthard are scheduled to log laps in the car over the weekend which has been housed at DJR Team Penske’s Yatala workshop since last year.

Supercars have today confirmed that the demo is part of a plan to bring NASCAR to the event with preliminary talks with the popular category underway.

McLaughlin was blown away by the experience which he hailed as a career highlight.

“Amazing. I don’t know what it was like for everyone else outside but inside the car it was unreal,” McLaughlin told Speedcafe.com.

“I have been dreaming of driving one of these for a long time. It was a very cool moment. 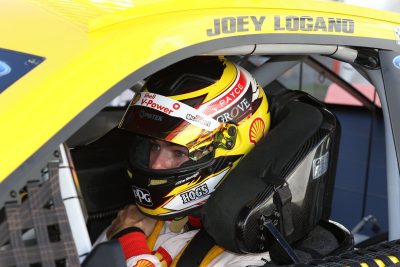 McLaughlin at the wheel of the Ford Fusion pic: Matthew Paul Photography

“It did (live up to expectations).

“It had a bit more beef than I thought it was going to have.

“I’ve got to thank everyone at Team Penske and especially Roger (Penske) for letting it come out of the museum and letting me have a crack.

“It is a tick in the bucket list regardless of what happens in my career. I’m firmly focussed on here but I can now say I’ve driven a NASCAR.”

McLaughlin was impressed by the handling of the Fusion NASCAR.

“I only got one good lap but it was alright,” he added.

“It wasn’t the hardest I’ve ever driven and I’m sure I can go a lot harder but the walls around here are not that forgiving.

“It handled really well and it felt really strong through the hairpins. I think now I know what it does Sunday is going to be pretty interesting.

“It was pretty full on. I saw a few of the boys were hanging off the fence so I tried to go flat past them which I did and it pulled up good.”

McLaughlin and Coulthard will be back behind the wheel of the NASCAR when it returns for more demonstration laps on Saturday (1230) and Sunday (1250) local time.