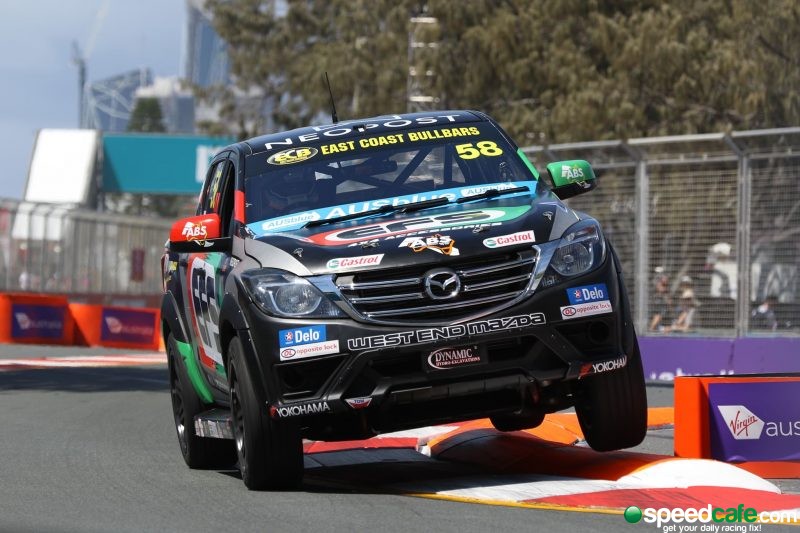 Ryal Harris has lapped the Surfers Paradise Street Circuit more than a second faster than anyone else in Practice 1 for the ECB SuperUtes Series.

Tom Alexander took over second position in the seventh minute but even then he was 2.6s away from Harris.

As both improved, Alexander gradually got the deficit down to 1.0712s with a fastest lap of 1:34.7936s in the Ross Stone Racing Holden Colorado.

Craig Woods (WSM Hilux) was fifth having spent the first 13 minutes in the pits, and Cameron Crick (#87 SRT Triton) sixth.