WEC hypercars to be slower than expected

WEC hypercars to be slower than expected 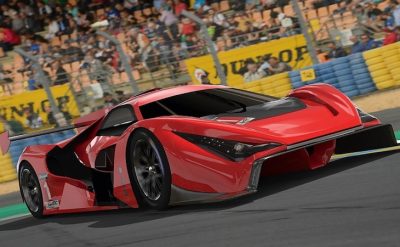 Artist impression of a WEC hypercar

Organisers of the World Endurance Championship have revealed that new regulations for 2020/21 will see the speed of cars slower than first thought.

The WEC is in the midst of switching from prototype regulations to a hypercar style formula, reminiscent of the GT1 cars of the late 1990s.

That compares to the 3:15.377s lap set by Toyota Gazoo Racing to claim pole for this year’s edition of the French classic.

The details come courtesy of a presentation made by the ACO, which organises the World Endurance Championship, to the FIA’s World Motorsport Council last month.

In the presentation the expectations for the new formula were outline, which moves towards hypercar style designs that, at least visually, reflect a brand’s road-going products.

The reduction in overall laptime comes in response to market demand for lower budgets, coupled with reduced aerodynamic efficiency as a result of moving away from the prototype designs.

It’s also therefore likely that the new hypercar class will be only marginally faster than the current LMP2 machinery, which is also likely to be slowed to compensate.

The changes to the initial plan have resulted in significant cost reductions, with the originally quoted $50 million to field a factory two car team now revised to less than $33 million.

A privateer entry is expected to cost around $26 million, with controls in place to maintain the affordability and competitiveness including a capped $4.85 million cost to lease a hybrid unit.

Further limitations will be placed on testing and development, with the regulations set to last for five years from 2020/21.

During that time evolution kits can only be added for safety reasons, while a manufacturer can only introduce a new model once during that period.

Having been presented to the World Motorsport Council, the regulations will now go through the World Endurance Commission next month before returning to the WMSC for approval on December 5.