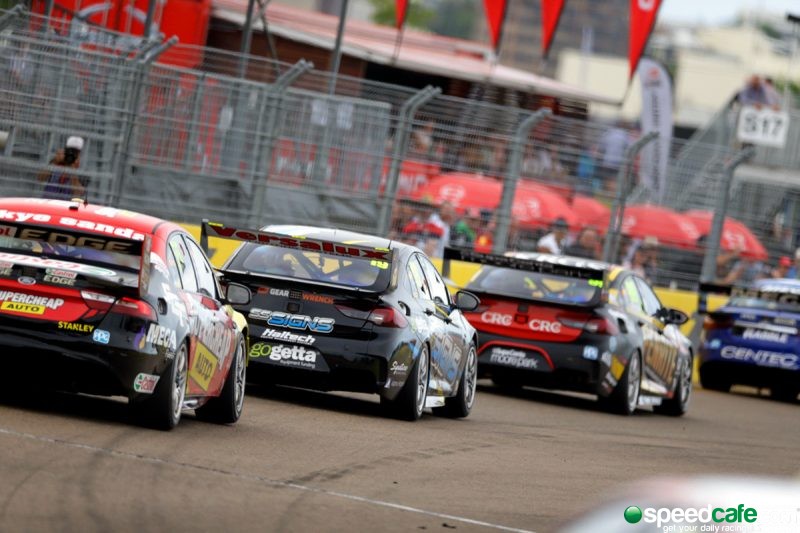 Supercars teams will avoid a tight turnaround after the Vodafone Gold Coast 600 now a deal has been confirmed to air freight cars and equipment to New Zealand.

A global shortage of Boeing 747-400 aircraft used to air freight cargo is understood to have forced the championship to consider sea freight for the penultimate round of the series at Pukekohe from November 2-4.

Operations were facing the prospect of having to transport cars and equipment to Auckland by sea which would require cargo to leave Australia immediately after this weekend’s race, heaping pressure on teams.

However, Supercars has now confirmed an arrangement to air freight the entire grid to New Zealand for the ITM Auckland SuperSprint.

This practice, which comes at a significant cost, sees a Boeing 747-400 make two trips carrying 16 cars on each journey while also carrying team’s support gear and spare parts.

Supercars has shipped race cars and equipment across the Tasman for the annual trip to New Zealand in the past prior to when it held races at Hamilton from 2008 to 2012, but the process is much slower than transporting by air.

As a result, an agreement to air freight will now see flights leave Brisbane and Avalon airports next week.

Teams will now take delivery of their cars and equipment from Auckland on November 7 (QLD) and November 9 (VIC) respectively.

While a deal has been agreed to air freight for this year, Supercars has announced it will transport cars and equipment to New Zealand by sea next year.

This is one of the reasons why the championship has moved the Pukekohe round from November to September to allow extra time for travel prior to and after the event.

The Vodafone Gold Coast 600 will begin on Friday with opening Supercars practice at 1040 local time.