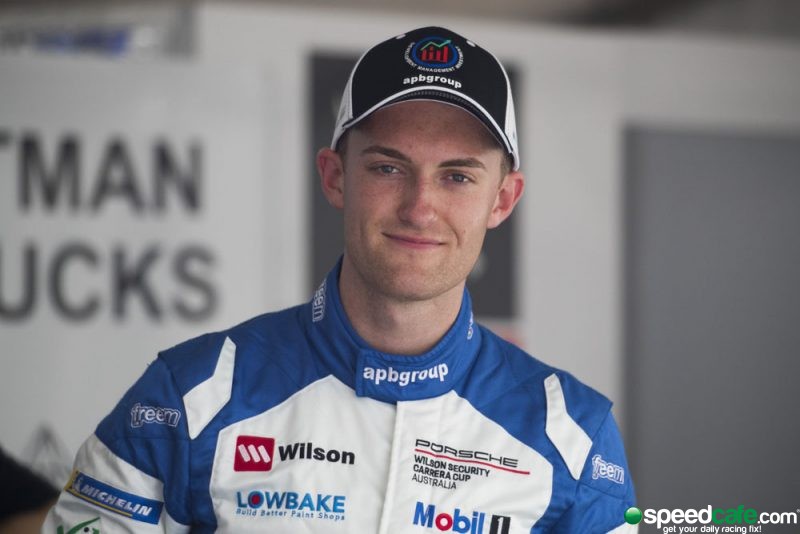 O’Keeffe has accepted a wildcard into the evaluation program, which has proved a launching pad for 2016 Carrera Cup Australia champ Matt Campbell’s European career.

It will be O’Keeffe’s second appearance in the Shootout, having headed to the Lausitzring in Germany for last year’s edition.

“I’m thrilled to be selected as the Wildcard nomination for the Junior Programme Shootout,” said O’Keeffe.

“Last year’s Shootout event was such an incredible experience and I had never thought that I’d have the opportunity to return for another one.

“I feel like I’ve reached a new level in my driving this season and, with another season in experience under my belt, I’m well prepared for the Shootout to be able to give myself the best possible shot at success this time around.

“I have a lot to focus on between now and then, however,” he added.

“With the final Carrera Cup round on this weekend, my main focus is on the next three races and do all I can to secure the Carrera Cup title.

“It’s been great competition all season and I’ve enjoyed racing Jaxon all year, so I’m looking forward to getting on track for the final round of the season.”

O’Keeffe’s selection is just the second time a Carrera Cup Australia driver has been chosen as a wildcard after Richard Muscat was Porsche Motorsport’s selection in 2015.

Porsche is yet to publicly confirm the exact location in France for the Shootout, though both Evans and O’Keeffe heading to Europe in the days following the Carrera Cup season finale at this weekend’s Vodafone Gold Coast 600.

O’Keeffe currently sits second in the championship, 108 points off the back of series leader Evans.

Carrera Cup is among the first on track this weekend, with opening practice at 1005 on Friday morning the first of two practice sessions throughout the day, ahead of qualifying later in the afternoon.