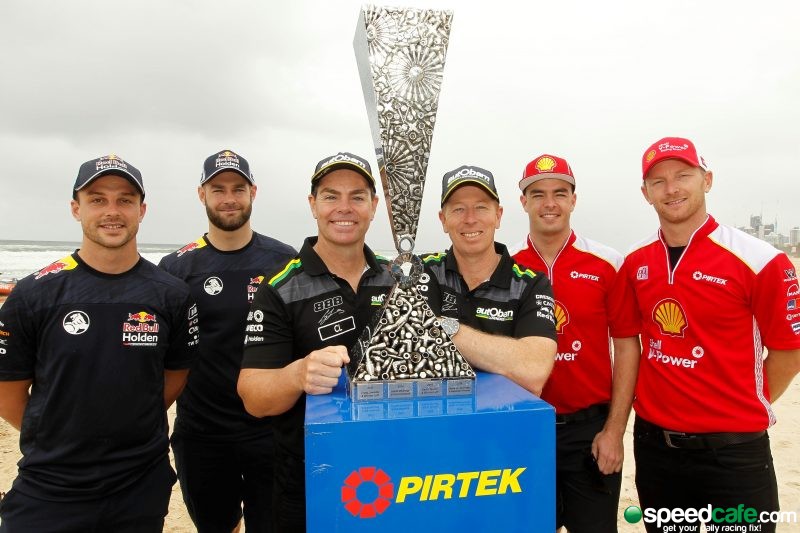 Craig Lowndes/Steven Richards took over the lead in the chase for the Pirtek Enduro Cup with their win last time out at Mount Panorama and hold a 60-point margin over Triple Eight stablemates Shane van Gisbergen/Earl Bamber, and Shell V-Power Racing’s Scott McLaughlin/Alexandre Premat out of Shell V-Power Racing.

The Autobarn Lowndes Racing duo would guarantee themselves victory in the series within a series if they finish on the podium in each race of the Vodafone Gold Coast 600.

Should they win on Saturday, both the #97 Red Bull Holden Racing Team entry and Car #17 would have to finish no worse than 14th to remain a mathematical hope of overhauling them on Sunday.

Adding spice to the contest, McLaughlin closed his deficit to van Gisbergen in the Virgin Australia Supercars Championship to 19 points with his maiden Bathurst 1000 podium.

Technically, the top 11 pairings remain in the hunt for the Pirtek Enduro Cup but realistically it is a race in five.

The Sandown 500-winning Triple Eight entry of Jamie Whincup/Paul Dumbrell is 102 points off the pace after salvaging a 10th position finish a fortnight ago despite Car #1 temporarily running on three wheels and dropping off the lead lap.

Of the aforementioned quintet of pairings, each of Triple Eight’s primary drivers has won the Pirtek Enduro Cup once, as has Dumbrell.