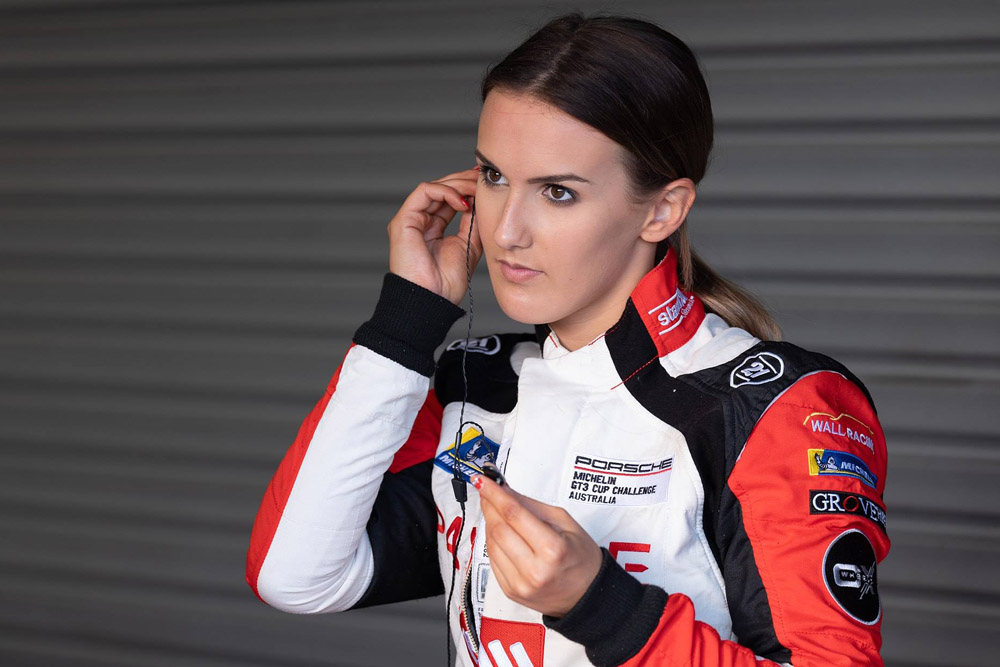 Designed to offer a new pathway for females into the sport, W Series competitors will be hand selected for fully funded drives with the winner receiving US$500,000 in prize money.

Angelo, who this year made her debut in the GT3 Cup Challenge with Wall Racing, supports the initiative which she hopes will attract more females into the sport.

“I think it’s great publicity and great promotion for females to actually give it a go, give it a shot in racing because obviously there’s not a lot of females in motorsport,” Angelo told Speedcafe.com.

“I think it’s fantastic and great but we’ve obviously just got to get more females up there and hopefully we can see one progress, be it in Formula 1 or a GT category. It’d be great, it’s a great stepping stone.”

That is where her primary focus remains as she looks to carve out a career in the sport, though is watching how the W Series develops with interest ahead of a possible entry down the track.

“It’s definitely something that we’ll look at in the future,” Angelo said.

“We’re pretty set in going down the Porsche path at the moment, but it is definitely an opportunity we can seek later.

“It would be ideal to run GT3 again next year and obviously follow the footsteps to Carrera Cup and hopefully in the future one day we might be able to jump overseas and do some races over there,” she continued.

“But just in the meantime our goal is to hopefully raise sponsorship to do GT3 again next year, but this year was a really good solid start to my Porsche season and racing.”

The decision to remain in Porsche’s second tier competition for a second season was born out of the desire to fully come to grips with the nuances of the Porsche.

“Porsche racing is completely different to what Supercar racing is like. It’s a different kettle of fish,” Angelo explained.

“We jumped into the Porches this year, it was my first time jumping in the Porsche. It was completely different but hopefully now we’ve got the ball rolling to keep continuing competing again next year.

“We got a couple of podiums this year at Sandown and at Queensland Raceway with the second and third, but it would be nice to get consistent podiums next year and hopefully contend for a top three in the championship at the end.”