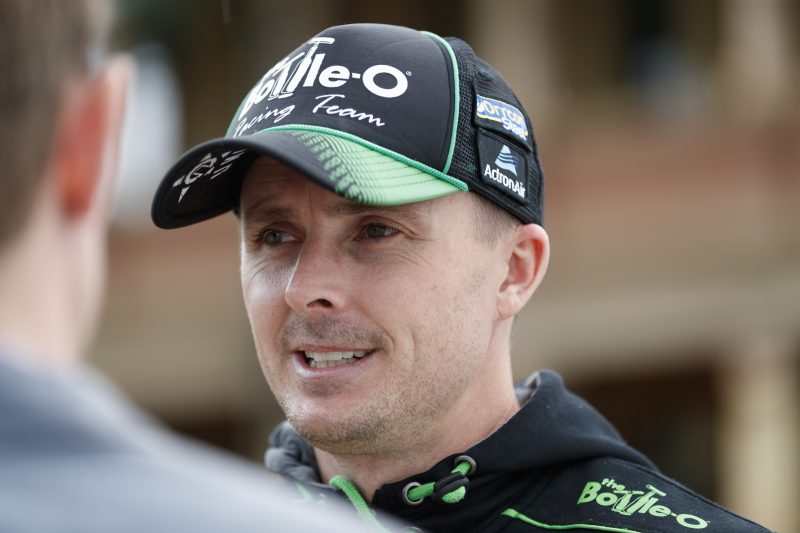 Tickford Racing is yet to conclude contract talks with Mark Winterbottom with discussions regarding the driver’s future set to continue after this weekend’s Vodafone Gold Coast 600.

Winterbottom has emerged as a key player in the silly season with the 2015 series champion out of contract at the end of the season.

In the lead-up to the Supercheap Auto Bathurst 1000 the Ford star was linked to a move to Preston Hire Racing, which resulted in Tickford Racing putting out a statement to hose down the speculation.

The statement said the team would aim to finalise talks with Winterbottom after The Great Race.

Tickford Racing boss Tim Edwards has confirmed to Speedcafe.com that Winterbottom’s future is yet to be decided with talks ongoing.

“They (talks) are still ongoing. We will be reconvening on all that after the Gold Coast,” Edwards told Speedcafe.com.

Edwards told this website earlier this week that his squad intends to continue running four cars next year after teams were required to disclose REC entries for 2019 to Supercars last Friday.

Winterbottom has been a long serving member of the Ford squad having joined in 2006 when the operation ran under the Ford Performance Racing banner.

The team has helped the 37-year-old to a maiden Bathurst 1000 triumph in 2013 followed by a Supercars Championship title in 2015.

This season has however proved a tough year for the entire Tickford operation with Winterbottom scoring the team’s best result of second in Race 11 at Perth’s Barbagallo Raceway in May.

He is currently 13th in the standings having finished no lower than sixth overall since joining the team in 2006.

Winterbottom heads to this weekend’s Gold Coast 600 after finishing 12th alongside co-driver Dean Canto at Bathurst earlier this month.

The tricky Surfers Paradise streets proved to be a happy hunting ground for the team last year after recording a one-two in the rain hit Sunday race courtesy of Chaz Mostert/Steve Owen and Cameron Waters/Richie Stanaway.

Looking ahead to this weekend’s pair of 300km races, Edwards says his squad is ready to mix it at the sharp end no matter the weather conditions.

“We are not going there thinking if it is wet we will be ok and its dry we are not,” added Edwards.

“We are going there to have a good race. Everybody wants to beat us up and write us off at the moment but the fact is we can do a great job in all the sessions and we had good race pace at Bathurst.

“We are going there to have a crack wet or dry.”

The Gold Coast 600 begins on Friday with opening practice scheduled for 1040 local time.