Meeke, Lappi on the move in WRC

Meeke, Lappi on the move in WRC 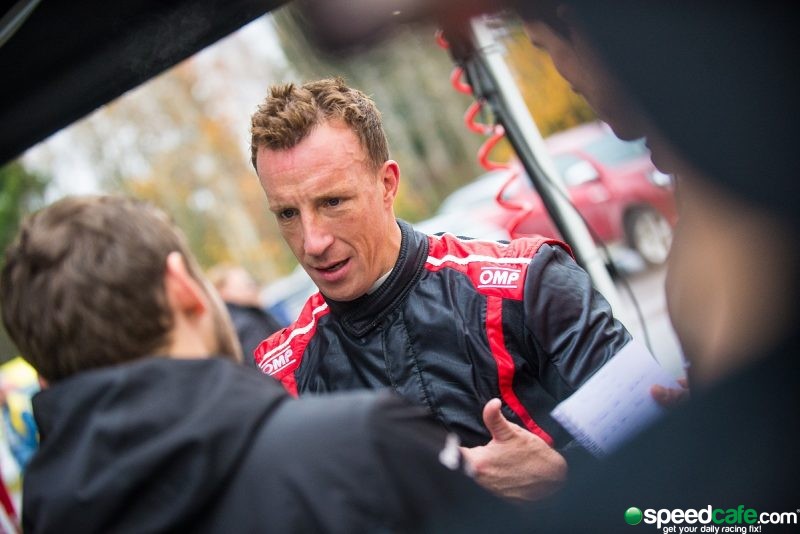 Kris Meeke will drive for Toyota and Esapekka Lappi for Citroen in the 2019 FIA World Rally Championship, their respective new teams have announced.

The moves represent a swap of sorts given that Lappi is currently a Toyota Gazoo Racing driver and Meeke was dropped by Citroen WRT in May after several seasons with the French manufacturer.

Meeke joins incumbents Ott Tanak and Jari-Matti Latvala at Toyota in what will again be a full-time three-pronged attack on the WRC.

The Briton had been domiciled at Citroen since 2013 but, having been benched once last year due to poor form, was cut altogether after a huge crash at Rally de Portugal.

He is nevertheless the only driver to have won an event for the Citroen since Dani Sordo did so at Rallye Deutschland in mid-2013 and was to have been its only full-time driver in 2018.

“We are all very excited to have Kris joining us here at Toyota Gazoo Racing,” said Team Principal Tommi Makinen.

“We know that he is very fast, but he also brings a lot of experience. His technical understanding is at a really high level and I believe he can provide new knowledge and ideas to help us in our aim to keep making the Yaris WRC better.

“I am also very pleased that Jari-Matti will continue to be part of our team. He has done some brilliant work for us and has recently been regularly on the podium again, which has been very important.

“Together with Ott, who has proven that he is absolutely one of the fastest drivers right now, I think we have a very strong line-up for next year, with three drivers who are all quick, experienced and can win rallies.”

Meeke said, “I’d like to thank (Team Chairman) Akio Toyoda, Tommi Makinen and the entire Toyota team for their faith in me. Three years ago, we first discussed the possibility of me joining the team, and I’m so happy that it’s finally happened now.

“The very first championship that I won was actually when I was aged 16 and co-driving for my brother on our local road rally championship.

“We clinched that title in a Toyota Corolla, so for very many reasons, it feels incredibly good to be here. I can’t think of a better place to be.”

Meeke’s co-driver is yet to be announced after he separated from Paul Nagle, although reports from Europe have tipped Hayden Paddon’s current do-driver Seb Marshall as the new man to call pace notes for the 39-year-old.

“Obviously, I’m delighted to be joining the team and to be the future team-mate of Sebastien,” said the 27-year-old, who brings co-driver Janne Ferm with him.

“It’s a good opportunity for me to keep developing. After having learned many things from Jari-Matti Latvala last year, and from Ott Tänak this year, I’ll have everything it takes to be even better if I also manage to draw inspiration from Seb.

“I’m convinced that the car has a lot of potential, as does the team, which has a long history and lot of experience in the WRC.

“The fact that Pierre (Buadar, Team Principal) clearly wanted to recruit me also counted a lot when it came to making my decision. It’s also going to be a great challenge, trying to win together.”

Budar added, “We were keen to sign up two very competitive crews for next year and the arrival of Esapekka is therefore excellent news.

“Putting faith in young drivers has long been hard-wired in the DNA of our brand and Esapekka certainly has the ideal profile.”

There is no word yet on the status of a third entry for Citroen, which has been run on a part-time basis in 2018, nor current drivers Craig Breen and Mads Ostberg or superstar cameo man Sebastien Loeb.

Tanak is the form man in WRC at present, a cruel mechanical failure last time out in Britain notwithstanding, and is 21 points off the championship lead in third.

Lappi is a distant fourth, six points ahead of Latvala in fifth.

The next round, the second-last of the season, is Rally de España on October 25-28.