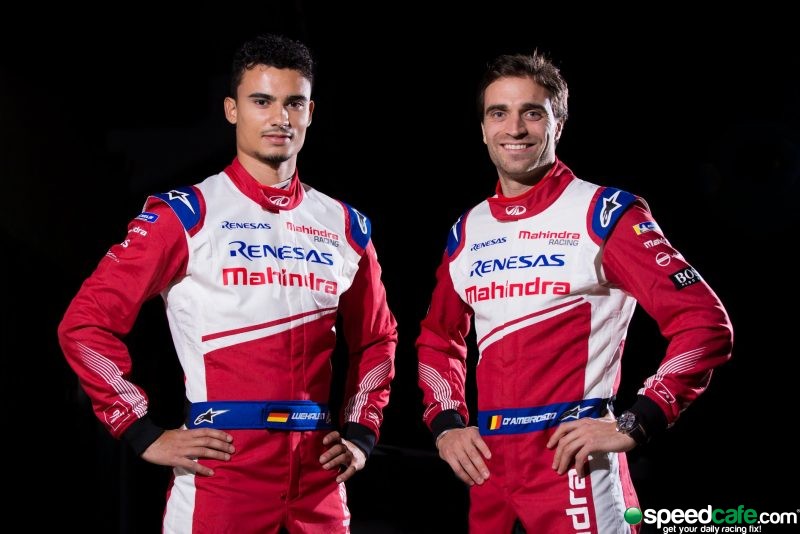 The Mahindra Formula E team has revealed an all-new driver lineup for the 2018/19 season featuring Pascal Wehrlein and Jerome D’Ambrosio.

The two former Formula 1 drivers join the Indian squad in place of Nick Heidfeld and Felix Rosenqvist, with the former staying on a test and development driver and the latter set to race for Chip Ganassi in IndyCar next season.

Wehrlein joins Formula E after finishing third in the DTM championship, and having failed to secure a seat in Formula 1.

“I had the first meeting with Dilbagh (Gill, team principal) in the summer and met the team for the first time at a test event.

“I want to achieve the best possible results and I have a feeling the team is the right environment for me. I’m looking forward to the season and I will give my best.”

D’Ambrosio, a two time Formula E race winner, has competed in all four seasons of Formula E with the GEOX DRAGON squad.

“I’ve known some people in the team for more than ten years and haven’t managed to work together with them yet and now we are going to have that opportunity, which is a great prospect.

“I think we have a great team and a really dedicated bunch of people with the possibility of doing something great so I am really motivated to make sure that we achieve the results that the team deserves.

“I’ve known Dilbagh for the last four years and what the team has achieved in that time is amazing and has shown great progression and I want to make sure that continues.”

Mahindra’s announcement leaves just one seat on the Formula E grid to be filled, that alongside Jose Maria Lopez at GEOX DRAGON, who tested with Max Gunther and Antonio Fuoco in Valencia on Tuesday.

That three day, all-in, pre-season test continues today before concluding on Thursday, ahead of the season kicking off on December 16 in Saudi Arabia.