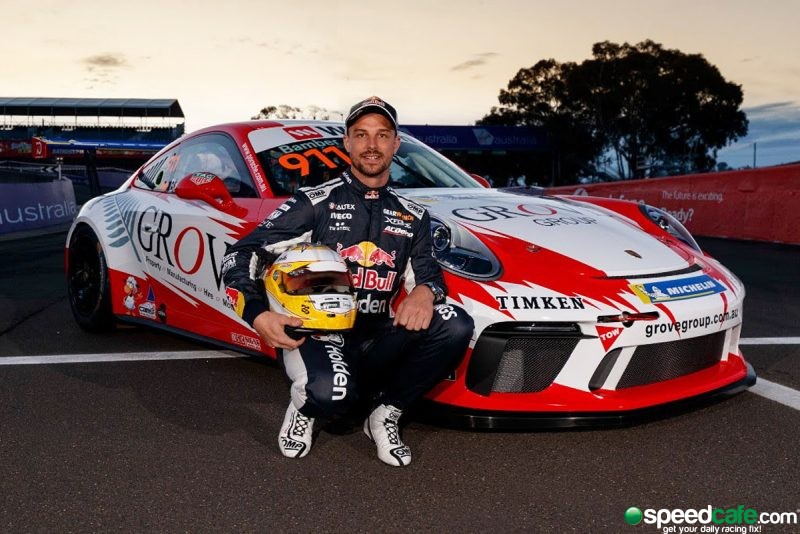 It will see the New Zealander on track in more than 10 sessions across the weekend in his maiden appearance at the Surfers Paradise circuit.

Over the course of the weekend Carrera Cup is on track six times, with two practice sessions, qualifying on Friday afternoon, and three races.

Supercars are on track a total of nine times across the weekend, though his Pirtek Enduro Cup co-driver Shane van Gisbergen is expected to qualify for both races, and potentially take part in the Top 10 Shootouts.

The 28-year-old’s Carrera Cup appearance is part his wider program alongside van Gisbergen, designed to provide him extra track time at the unfamiliar circuit.

“Obviously it has been a long time since I’ve been in a Carrera Cup car, it’s going to be a bit of a challenge to adapt back to it. It’s completely different to the LMP1, or the Supercar, or even the RSR, it’s quite different to that as well.

“It will also be my first time racing on the Gold Coast streets, I’ve watched the Supercars and Carrera Cup races on TV a few times, but I’m so pumped to be driving this year not only in Supercars co-driving with Shane, but also in Carrera Cup.

“I guess everyone will be expecting me to be up the front, so the pressure is on.”

It’s the second time Bamber has been on double duty, having competed alongside Brenton Grove in the Dunlop Super2 Series Bathurst 250 over the Supercheap Auto Bathurst 1000 weekend.

Since then the 2017 World Endurance Champion has been in action at Petit Le Mans in the final IMSA WeatherTech SportsCar Championship race of the season at Road Atlanta, where he competed in a Porsche 911 RSR, finishing sixth in the GTLM class.