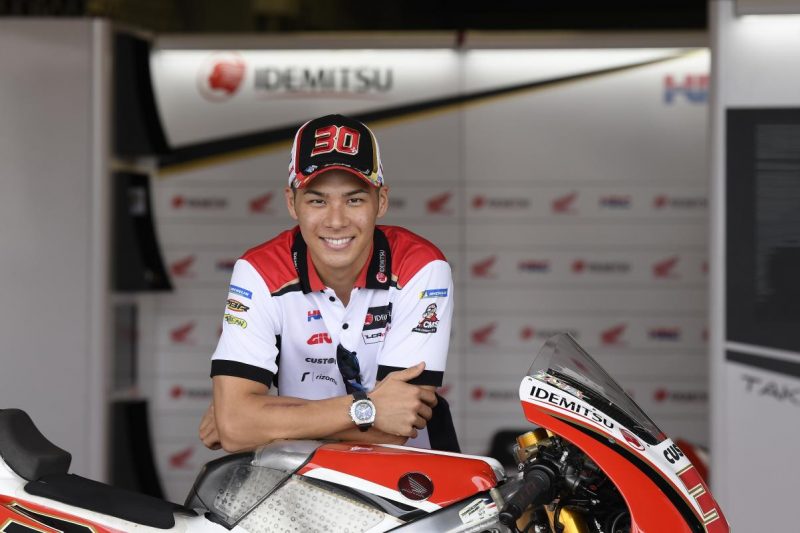 Takaaki Nakagami has signed on for another season with the satellite LCR Honda team.

The Japanese rider stepped up to MotoGP this year, riding a year-old Honda RC213V as team-mate to fellow HRC-contracted man Cal Crutchlow.

Nakagami is currently 20th in the championship after 15 of 19 rounds and third among the three rookies.

“First of all I am really happy to continue with LCR Honda Idemitsu Team in 2019,” said the 26-year-old.

“A big thank you goes to our sponsor Idemitsu for its great support and of course to Honda HRC for believing in my skills and providing a competitive technical package.

“This team is very professional and I could not ask for more in my debut season in the premier class, so I am very happy to continue with Lucio and his crew.”

Team Principal Lucio Cecchinello said, “Debuting in the MotoGP class is not an easy transition for a rider because the level is extremely high but Taka has demonstrated very remarkable skills and a will to learn, finishing quite often as the best rookie of the category.

“On behalf of the whole team I would like to express my deepest gratitude to Idemitsu and Honda HRC for giving us the chance to continue our journey with Taka and succeed in the new challenges ahead.”

Crutchlow signed a two-year deal to keep him contracted to LCR and the factory for 2019 and 2020 earlier this year.

The MotoGP season continues this weekend with the Japanese Grand Prix at Motegi.