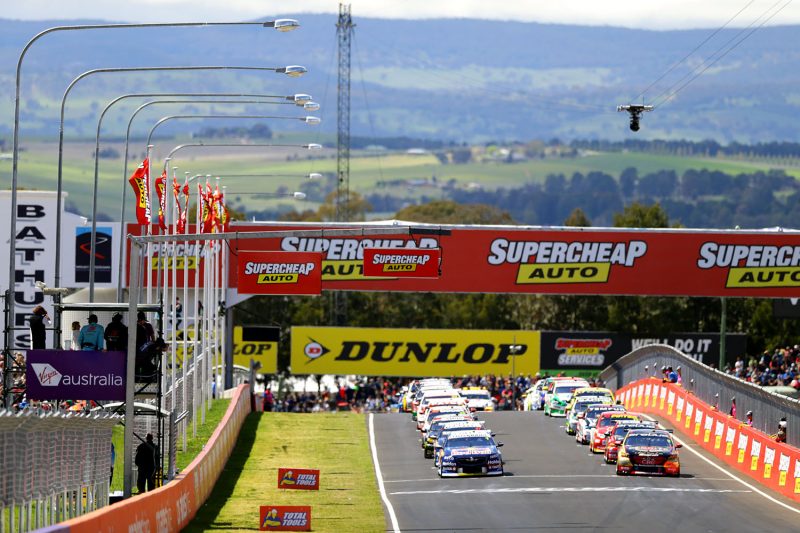 In this week’s PIRTEK Poll, Speedcafe.com wants to know your thoughts on the change to the order of the Pirtek Enduro Cup.

Next year’s now-released Virgin Australia Supercars Championship features significant upheaval, of which the most dramatic development is arguably the timing of the enduros.

Supercars has chosen to switch Pukekohe’s ITM Auckland SuperSprint with the Rabble.Club Sandown 500, meaning that the latter now falls on the second weekend of November.

The radical change places Sandown at the end of the Pirtek Enduro Cup, a fortnight after the Vodafone Gold Coast 600, as the second-last event of the season.

More significantly, the Supercheap Auto Bathurst 1000 becomes, by default, the first enduro of 2019.

The Melbourne event now falls in-between a four-week gap between the Gold Coast and the Coates Hire Newcastle 500.

The timing of the back end of the season had presented a logistical challenge given Supercars’ desire to send cars to and from New Zealand by water rather than by air.

A November Sandown slot also avoids suffocation from the AFL Finals Series, a clash which even led to the race being shifted forward a week in 2006 in order to accommodate Network Ten’s broadcast commitments to Australian Rules Football.

However, a pre-Bathurst 500km enduro has been a longstanding tradition in Australian Touring Car racing going back decades.

The only exception of sorts was a four-year period when a sprint round and/or support races at the Gold Coast Indy took place between the 500 and the 1000, owing to the latter’s move to a late-year date in the years following the Super Tourers split.

Aside from the tradition and the sense of anticipation heralded by a pre-Bathurst Sandown 500, there is also the practical benefit of teams having an opportunity to iron out any creases before the biggest race of the year.

For the Sandown 500 specifically, the significance of the occasion could now be lost amid the jostling for the championship.

Similarly, the battle for the Pirtek Enduro Cup could be drowned out completely.

Do you approve of the change to the Pirtek Enduro Cup schedule? Cast your vote in this week’s PIRTEK Poll.