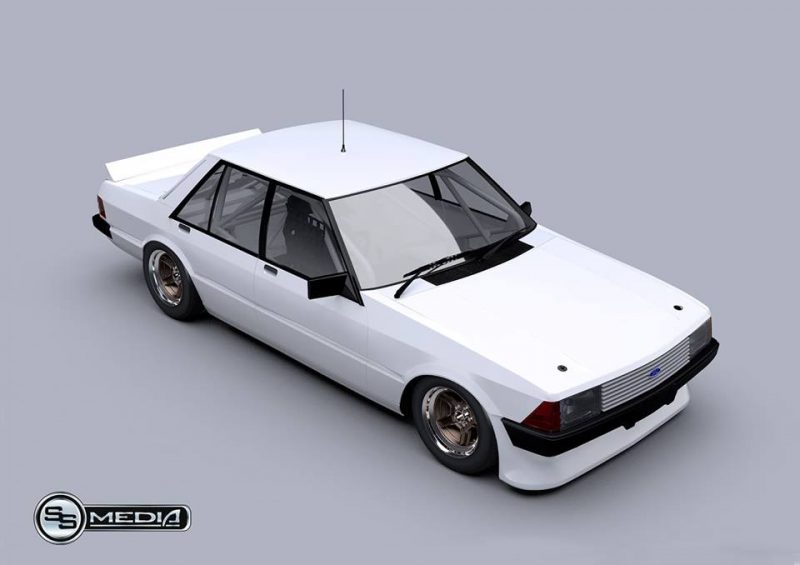 Steven Johnson has foreshadowed that Team Johnson’s XD Falcon may not debut until after next year’s Paynter Dixon Touring Car Masters season opener.

The Johnsons are still conducting a computer aided design (CAD) process having taken a donor chassis back to their Queensland base in February this year.

While Johnson had initially hoped to have the car ready for Round 1 of 2019, that timing may shift as they continue to refine the design before commencing the build process.

“The process is taking a bit more time than we would like ideally,” Johnson told Speedcafe.com.

“At this stage, we’re unsure whether it’s going to be ready for the start of next season or not. We’ll see how it goes in the next months.

“At the moment, the design stage is taking a bit longer than we hoped but it’s just more about getting all the pieces together first, to be able to then design it.

“We want to build a car right but we’ve still got a budget in mind too.

“People think that being who we are, we’re going to spend a million dollars on a car; well we’re not. We’re probably going to spend a lot less money on the car than a lot of other competitors in the series.

“We want to build it right, and I know it’s going to be a very iconic car so we want to make sure that it’s right, not only for TCM, but for the Johnson name and for the fans.”

It is expected that the 2019 TCM season will again begin at Adelaide on February 28-March 3, leaving less than five months to complete the build.

“I’d love to be at Adelaide so I’m not going to rule that out because it could come together quicker than we anticipate once the design is done,” Johnson reasoned.

“At this stage, if it’s not (Round 1), then if Round 2 is a month later or something like that then it’s probably a possibility for that.

“But we’re not going to debut it if we haven’t run it sufficiently and we need to be fully prepared before it goes into battle.” 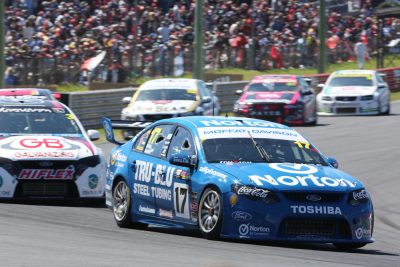 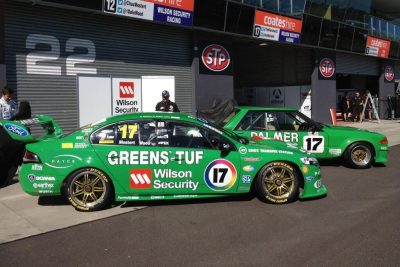 Old and new sponsors integrated in the Greens’-Tuf retro livery

The 2017 series winner reiterated that the car will be a Tru-Blu tribute, but would likely feature contemporary sponsors akin to Dick Johnson Racing’s 2012 effort or the retro Greens’-Tuf livery of the following year’s Supercheap Auto Bathurst 1000.

“We’re working on it,” he said when asked about the livery of the XD.

“Obviously, I can safely say that there’s definitely going to be a fair bit of blue on it.

“I would love to have it as a full Tru-Blu replica but in this day and age and everyone knows motorsport’s an expensive business, and we need great partners like WM Waste and R & T Pumps and all the guys, Shell, and everything here, so we need to keep them in mind as well.”

Johnson’s would make for at least two XDs in the field after the debut of Marcus Zukanovic’s own example at Sandown last month.

Johnson leads the 2018 TCM series by 59 points over John Bowe ahead of the final round at the Coates Hire Newcastle 500 from November 23-25.