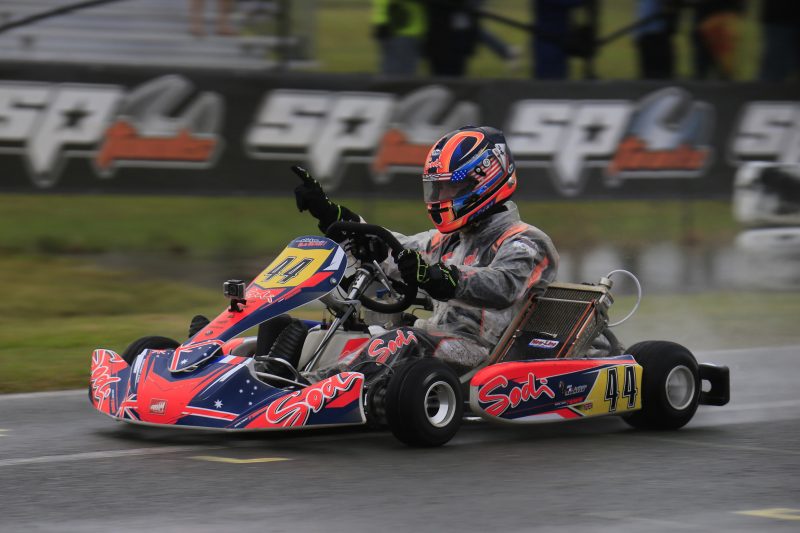 Frenchman Anthony Abbasse has won the 2018 edition of the Race of Stars karting event on the Gold Coast.

Abbasse had an early battle with new Australian champion Aaron Cameron in the flagship KZ2 race before pulling away.

The SodiKart factory driver took the chequered flag 5.3s clear of Marijn Kremers, who was subsequently handed a two-position penalty for a front fairing infringement.

That penalty meant that Paolo de Conto inherited second position, having started all the way back in 18th, while Chris Hays earned the Jim Morton Trophy presented by Castrol Edge as highest-finishing Australian in third.

The DD2 race went to Damian Ward after Kris Walton, too, was hit with a two-spot penalty for a front fairing infringement.

New Zealander Ryan Wood finished second and Jac Preston third after a late-race battle, with the former qualifying for a place on Team Australia in the Rotax Max Grand Final Challenge in Brazil next month as a result.

Reuben Goodall dominated KA2 with a 10-second win while Reece Cohen claimed TaG 125 after moving from third on the grid to first at the second corner.

KA3 Senior went the way of Benito Montalbano after a huge battled between he, Oscar Priest, and Corey Herbertson.

Priest spun late in the race, handing second to Herbertson.

Luke Pink won KA3 Junior and Hugh Barter was at least 11 seconds faster to the finish than anyone else in KA4 Junior.

Carter Mobbs took out Cadet 12 in the sixth running of the Race of Stars event, which forms part of the lead-in to the Vodafone Gold Coast 600 next weekend.