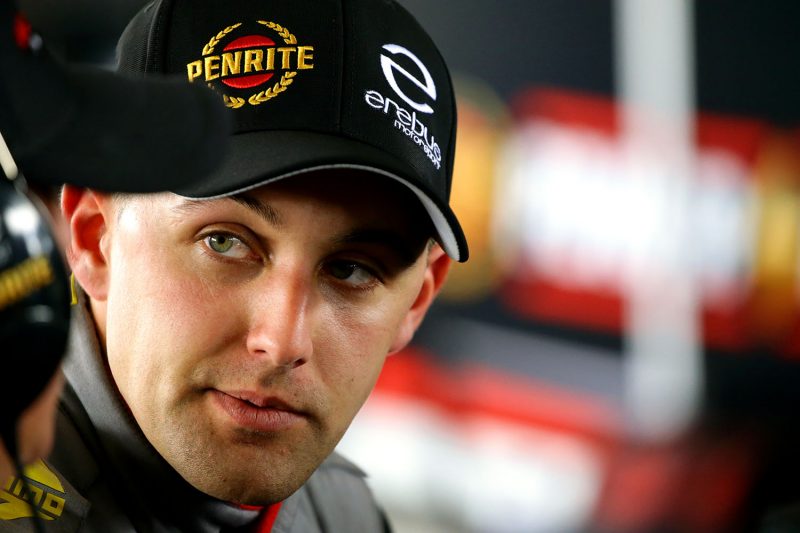 Anton De Pasquale says he will take valuable lessons away from a hugely impressive Supercheap Auto Bathurst 1000 debut that unfortunately ended in disappointment.

The Erebus Motorsport driver showcased his potential with searing one lap speed that almost saw him become the first rookie to claim pole at Mount Panorama since Marcos Ambrose in 2001.

Driving a current specification Supercar at the famous track for the first time, De Pasquale earned a spot in the Armor All Top 10 Shootout, holding provisional pole for the majority of the session, before ending up third with a 2:04.3498s effort.

The 23-year-old, partnered by Will Brown, ran second behind team-mate David Reynolds at the start before his day began to unravel when the passenger door latch failed on his car, which prompted a black flag for repairs in the early laps.

It took the team two attempts to repair the door which dropped him down the order.

The car recovered to 11th only for an error from De Pasquale saw him find the inside wall at Sulman Park on lap 138, and the damage caused the rookie to eventually come home in 24th position.

“I just made pretty much one mistake for the whole race which ruined it. 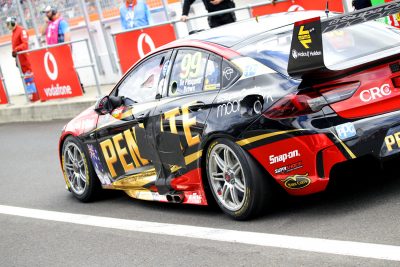 The taped up passenger door on the #99 Erebus Holden Commodore

“We were going good from the start and then obviously got a mechanical black flag which put us back in the field.

“We were doing quite well to make spots back up and we were back into the top 10 and then I was trying make probably a little too much time, too early.

“One little error but it was a big outcome.

“It caught me out, but obviously disappointed mainly for the guys, there was a good result to be had.

“It’s obviously in terms of really good; cars are fast, so that’s always the first objective, and the next objective is finishing the race in position ideally you start or even better, so we didn’t do that, but a lot to learn from my first Bathurst.

“I’m sure a lot of guys have a similar experience in their first run.”

De Pasquale says he will take a lot of positives from the speed he showed at the challenging 6.2km circuit which was highlighted by an impressive run in the Top 10 Shootout.

“It’s obviously awesome to make the Shootout, there’s such a surreal feeling having watched it most of my life and then being a part of it,” he added.

“Getting one of the better times is really cool and a special moment. I’ll try and look on that in the weeks to come in the Gold Coast rather than how I finished.

“Obviously the result was not what we wanted but we will come back stronger.”

De Pasquale and Brown will once again team up for the Pirtek Enduro Cup finale at the Vodafone Gold Coast 600 from October 19-21.