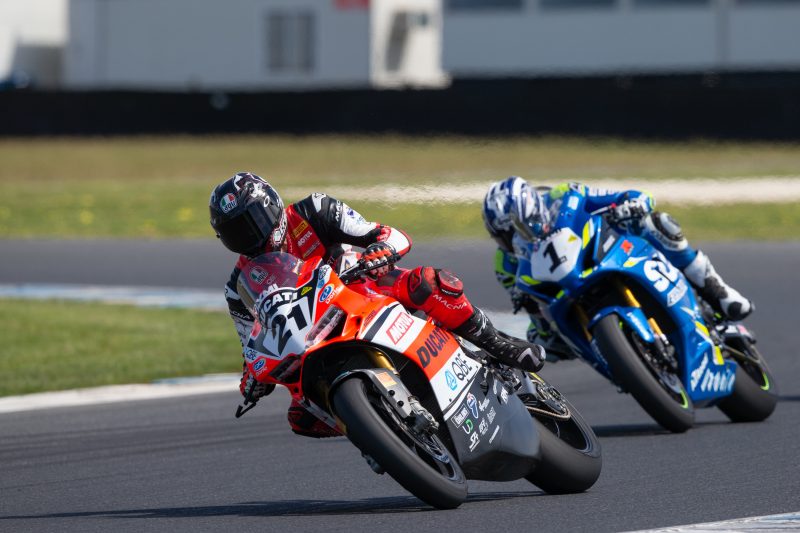 Troy Bayliss has capped off his YMI Australian Superbike Championship comeback season with a win in the final race at Phillip Island.

The 49-year-old Ducati hero took out Race 2 after an exhilarating four-rider battle and with that, his second race win of the campaign, secured third in the championship.

Bayliss was third into the first corner, behind Wayne Maxwell (Yamaha) and Bryan Staring (Kawasaki), and they briefly gapped the field before being caught by outgoing champion Josh Waters (Suzuki).

All of the quartet spent turns in the lead but it was Bayliss that held sway at the start of the final lap.

Waters got past, but went down at Lukey Heights and left Bayliss to take a small victory over Staring and Maxwell.

Race 1 was a similar story with Waters, Maxwell, and Bayliss going at it for line honours.

Bayliss survived a huge moment on Lap 7 as Maxwell passed Waters for first position, before #21 got in front on Lap 9.

However, Waters made a decisive pass on the final lap and Maxwell took over second spot at Lukey Heights.

The Australian Superbikes will have a non-championship support round at the Michelin Australian Motorcycle Grand Prix on October 26-28.