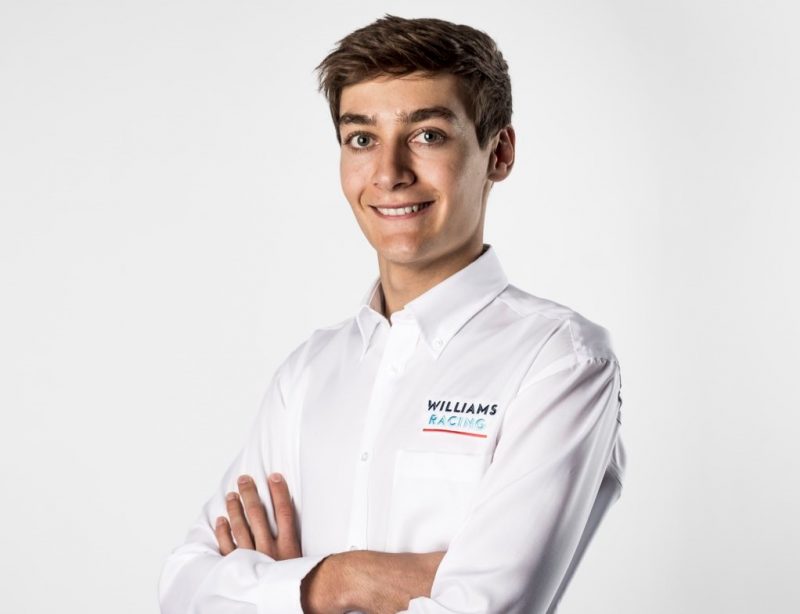 Williams has announced the signing of British up-and-comer George Russell as one of its drivers from the 2019 Formula 1 world championship.

The 20-year-old has penned a multi-year agreement, the exact length of which has not been specified, with the Grove-based team.

Russell, who leads the Formula 2 championship by 37 points with one round remaining, is currently a test and reserve driver for the factory Mercedes team.

“It is a huge honour to join a team of Williams’ prestige and heritage,” said Russell.

“I would like to thank Claire and everyone at Williams for their faith in making this decision, as well as Toto (Wolff) and the team at Mercedes for their fantastic support throughout GP3 and Formula 2.

“I am incredibly excited to start working with everyone at Grove and to take my first steps as a Formula One race driver.

“I cannot wait for Melbourne next year and to join Williams at the start of what we all believe will be the start of an exciting new journey.”

Deputy Team Principal Claire Williams said, “I am delighted to announce that George Russell will be joining Williams from the 2019 season.

“We have always tried to promote and develop young talent at Williams, and George fits that ethos perfectly.

“He is already highly regarded in the paddock and a driver whose career we have been watching for a while.

“In the time we have spent with him so far, we believe that he will be a great fit for our team.”

Russell won the GP3 Series in his rookie season last year and is a strong chance to back that up in F2 in 2018 given his 37-point lead ahead of the Yas Marina finale in November.

The Mercedes junior is Williams’ first confirmed driver for next season.

Neither of the incumbents, Sergey Sirotkin and Lance Stroll, have locked in a home for 2019 although the latter could well end up at Force India after it was sold to a consortium led by his father Lawrence.

The current season resumes in the United States on October 19-21.