Three-race format for WorldSBK in 2019

Three-race format for WorldSBK in 2019 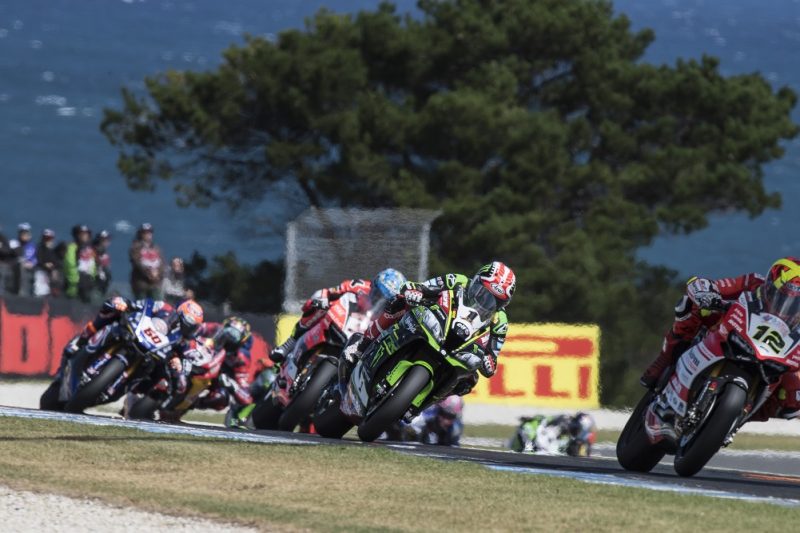 WorldSBK will operate to a three-race format in 2019

The Superbike World Championship will employ a new three-race format next year, starting with the season-opener at Phillip Island.

WorldSBK has employed a two-race format since its inception in 1988, but will now add a sprint race to the mix on Sundays.

The longer races will continue to be split across Saturday and Sunday, and Superpole will still be used to set the grid for the former.

However, the sprint race will set the grid for the latter, instead of the convoluted partial reverse grid which was introduced last year.

“To bring in a third ‘sprint race’ into the WorldSBK format for 2019 is something we have been planning for a long time now, so we are delighted to see the plans coming together,” said WorldSBK Executive Director Daniel Carrera.

“We are committed to bringing exciting races to the fans year on year, and we think the addition of a sprint race will add to the WorldSBK experience.

“We are continuing to work on the final adjustments and hope to bring more details in the near future.”

WorldSBK changed format to move the first race of the weekend onto Saturday afternoons in 2016.

The partial reverse grid that came into effect in 2017 sees the top three finishers from Race 1 reversed and put back to Row 3 for the start of Race 2, with fourth through ninth elevated to first through sixth in the same order.

Full details of the new weekend format are still to be announced.

Phillip Island is set to open the 2019 season on February 22-24, while the penultimate round of the current campaign takes place at the new Circuito San Juan Villicum in Argentina this weekend (October 12-14 local time).