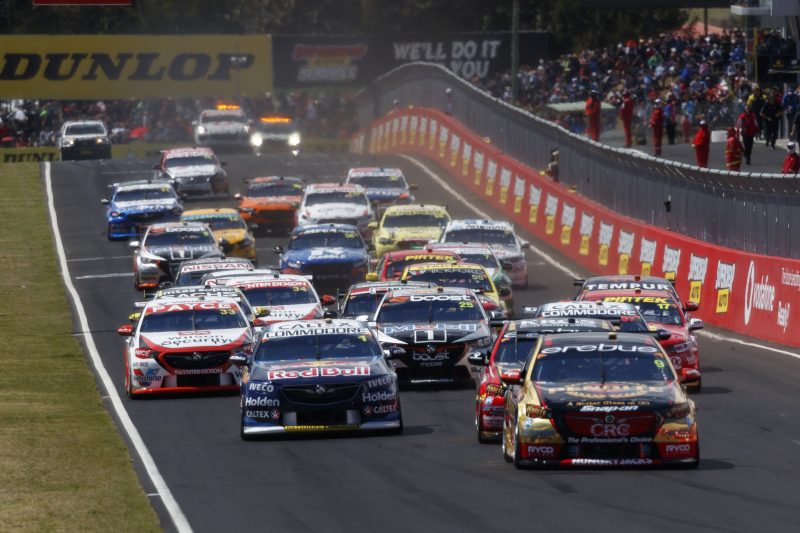 Supercars will operate a much changed schedule in 2019 and 2020

Supercars team owners have offered their thoughts following the championship’s unveiling of a much changed 2019 calendar and plans to introduce a summer series in 2020.

Australia’s premier series has presented a reduced 15 round calendar for next year featuring several changes to the order and timing of events as well as race formats.

The biggest change sees Sydney Motorsport Park removed from the schedule with a view to the venue hosting a night race to kick off a 2020 season that could feature a significant winter break period.

Teams have been pushing for changes to the schedule with many describing this year’s calendar as bordering on being unsustainable.

Aside from Sydney’s demise, the key changes see Tasmania and Phillip Island become back-to-back events in April while Perth adopts a night race format in early May.

Winton is expected be a two day event for Supercars while the order of the Pirtek Enduro Cup has been altered with the Supercheap Auto Bathurst 1000 opening the endurance season.

The traditional Sandown 500 in September has traded places with New Zealand’s Auckland SuperSprint to move to a November date. The Gold Coast event is now tipped to adopt 500km race format.

Triple Eight boss Roland Dane has thrown his full support behind the 2019 calendar which he feels will ease the burden on teams.

“We are only back to where we were a year ago in terms of rounds so that makes sense,” Dane told Speedcafe.com.

“We were overburdening people personally and financially before so the changes are sensible.

“It will be hard work the back end of the year but I really like the flow because we have got very little competition in the sporting landscape from Bathurst through to the finale.

“We are racing every two weeks at a really good time of year and I’m a massive fan of that.

“The early part of the season and the double header in the south is probably the best way to address it from a Queensland point of view, and I proposed that and happy to see that, as it is easier than us going backwards and forwards to be honest.

“Overall I’m pretty happy with the calendar. It is a big help. The consultation has been good and people have listened.”

However these views are not shared by Erebus Motorsport’s general manager Barry Ryan, who can forsee problems particularly around the double header between Tasmania and Phillip Island.

He also feels the decision to move Sandown to November will throw even more importance on selecting active co-drivers to ensure they are ready for Bathurst.

“I don’t think it is making it easier on anyone,” Ryan told Speedcafe.com.

“The Tasmania, Phillip Island thing is going to be interesting especially if there is a crash like in 2017. I guess we have just got to get on with it.

“As long as you get the right co-driver it (Bathurst kicking off the enduros) will be fine. It is probably going to put weight into having a co-driver that is doing Super2, so they are getting some miles before Bathurst.

“Sandown is a big thing for the co-driver to get some running before they go to Bathurst.”

“I think there are a lot of pros and cons,” Stone told Speedcafe.com.

“A double header early on in the year from a logistical point of view for Queensland teams is risky because they are close together but it does mean that it is one trip.

“I can see the benefits and disadvantages in both so I‘m not too worried about that.

“The biggest surprise for me was seeing the enduros shuffled around but I don’t have any issues; I think it is an interesting change.

“I think the category needed to lose one round and Sydney was unfortunately the one that was out of contract, but the Perth night race will be quite cool.

“To be honest it is still pretty busy but there isn’t really any way around it. I think you are always going to have tight time.

“At least there are a couple of reasonable breaks during the year so I’m not too concerned about anything there.”

Meanwhile, Dane has endorsed Supercars’ decision to move Sydney Motorsport Park to January 2020 and the prospect of a summer series featuring a lengthy winter break in the middle of the campaign.

“I think there is far better chance of the weather being good in January and I think it would be fantastic to start the year in January with a night race in Sydney and that is something I’m really looking forward to,” added Dane.

“I’m fully in favour of it. I think it is an excellent idea.

“It really is about making sure we are racing at the time of year when the weather is best, and if we can start racing in January and have a couple of races before we go to Adelaide, then that would be a real positive.

“If we can have a real decent gap in the middle of the year then that will allow people to go and holiday in the northern hemisphere if they want, and drivers can go and do some other stuff overseas.”

Supercars is yet to release the dates for the start of 2020 calendar as it continues to work through the concept.