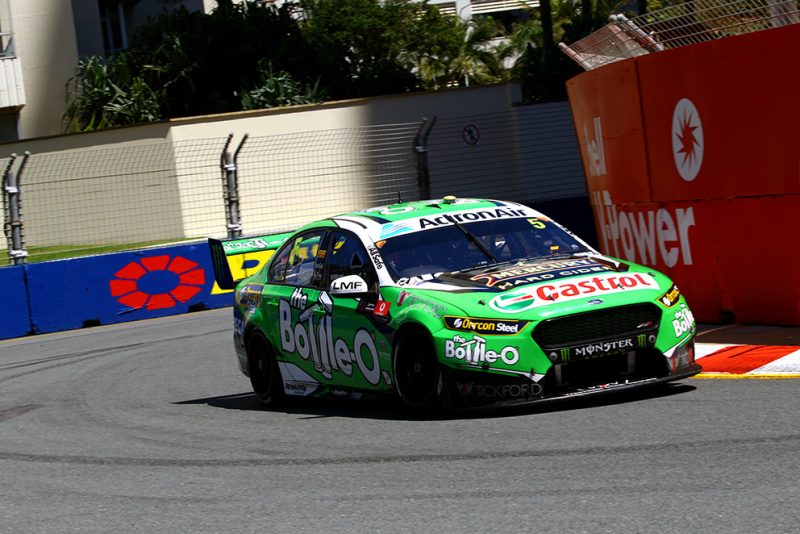 Supercars has moved to add an extra Top 10 Shootout to the schedule at next week’s Vodafone Gold Coast 600 following the removal of Stadium Super Trucks from the support bill.

The event has traditionally hosted a Top 10 shootout to decide pole position for the 300km heat on Sunday but has elected to mirror the format for Saturday’s race.

Changes to the schedule for the event were confirmed following the release of the supplementary regulations.

Originally a 20 minute session was to set the grid for Saturday’s race although the latest plan sees an Armor All Top 10 Shootout scheduled for 1125 local time.

Organisers have been forced to reshuffle its on track plan for this year’s event after Super Trucks were removed from the support bill after being suspended by CAMS on safety grounds.

The Victorian Supreme Court ruled yesterday that the category will not reclaim its place at the event after a bid for an injunction failed and the suspension of its racing licence was upheld.

Kumho V8 Touring Cars has been drafted in as replacement after news that Super Trucks had been banned last month.

Next weekend could be the last time Supercars holds a Top 10 Shootout at the Gold Coast with the series keen to introduce qualifying races to determine the grid for a new 500km race format in 2019.