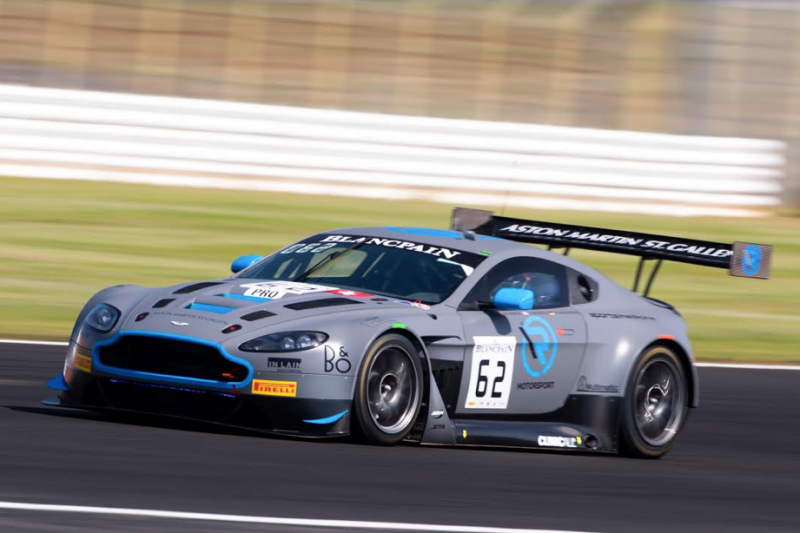 Aston Martin will join the DTM as its third marque next year through a partnership between AF Racing AG and incumbent team HWA AG.

The latter has been a long-time partner of Mercedes-AMG and won all seven of its DTM titles.

With the three-pointed star in its final season in the German-based touring car series as it prepares to enter Formula E, HWA AG has formed a joint venture with AF Racing AG to race Astons in DTM.

AF Racing AG is already affiliated with the British marque through its R-Motorsport GT programs.

It will run the DTM effort under licence and with support from Aston Martin while HWA AG will build the cars, which will be based on the Vantage model.

Aston Martin’s entry to the championship comes after confirmation earlier this year that DTM and Super GT will adopt common Class 1 regulations from 2019.

The two series are also planning to hold one joint race meeting in each of Europe and Japan next year, as DTM positions itself as a more pan-European championship.

“I am convinced that the internationalisation-orientated cooperation of ITR and GTA (Super GT parent) as well as Aston Martin’s decision to join DTM will have signalling effects for further manufacturers,” said Berger.

“The cooperation with GTA, the internationalisation of our platform and the acquisition of further brands represent some of our most important strategic goals.

“We will push the international expansion in compliance with teams and manufacturers, a development that is supposed to be underlined by an adaption of the name of the series from 2020.”

“We are delighted with joining together with Aston Martin a renowned top series with international orientation,” said Dr Kamelger.

“Competing with premium manufacturers represents a major challenge for our brand. The new technical regulations and the extended international orientations of the series were important reasons for our decision.”

DTM incumbents Audi and BMW, who had indicated a willingness to run extra cars next year to help fill the gap left by Mercedes-AMG, hailed the news.

“We are looking forward to having AF Racing in cooperation with the tradition-rich brand Aston Martin aboard.

“Thanks to this step it’s guaranteed that DTM will provide motor racing at a high sporting and technical level, with premium manufacturers on the grid.”

BMW Motorsport Director Jens Marquardt added, “The news of Aston Martin entering DTM is great for the series and the fans. This step gives all those involved planning reliability.

“Aston Martin are well respected and appreciated competitors in GT racing. We are delighted with having the opportunity to now also race against them in DTM.”

Mercedes-AMG’s Paul Di Resta leads the championship heading into this weekend’s final round at Hockenheim.