Whincup: Bathurst is cruel but I love it to death

Whincup: Bathurst is cruel but I love it to death 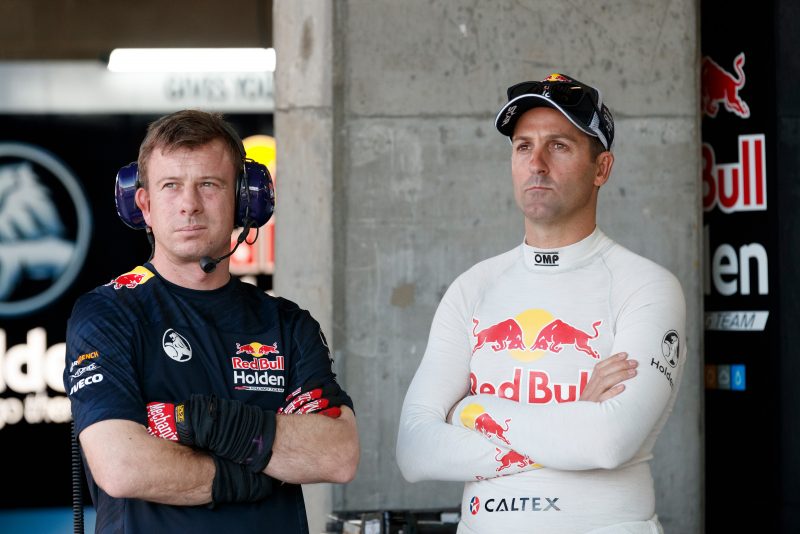 Jamie Whincup says his latest bout of bad luck at The Great Race has only enhanced his love for the Supercheap Auto Bathurst 1000.

The seven-time Supercars champion was left dumbfounded as a loose wheel cruelled his most recent attempt for a fifth Bathurst crown last weekend.

Whincup and co-driver Paul Dumbrell headed into the race as favourites which was justified after qualifying second for last Sunday’s Great Race.

The pair appeared to be a strong contender for the race win before their hopes were dealt a body blow when the #1 car shed a front right wheel on lap 40 with Dumbrell behind the wheel in second spot.

As a result, the pair lost almost two laps before rejoining the race where they powered through to 10th at the chequered flag.

Triple Eight was fined $5000 for failing to tighten the wheel sufficiently.

The misfortune is the latest in line that have caused strong victory bids at Bathurst to evaporate for Whincup and Dumbrell.

A lack of fuel, penalties and engine failure have dashed hopes in their four previous attempts. 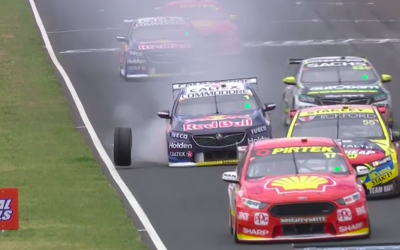 “I thought I had done them all, but clearly no, a wheel falling off,” Whincup told Speedcafe.com.

“We know that before we come here, we know that when you sign up for motorsport that all these things can happen.

“That just adds to the value of when it all goes right.

“Once again, we never said die, we just kept grinding away, got a lap back, all we needed was another Safety Car to get to the back of the pack, but it didn’t happen.

“It’s a crazy place this joint. It’s cruel, but got to love it to death as well.

“The more bad luck that happens the more I love it. I don’t have a huge amount of opportunities here, but we’ll certainly be back next year and have another go.

“Definitely (I think we had the pace to win). I didn’t look that pacey in the middle, but I was on older tyres and we were sorting out good tyres up when we were a lap down to give us the best opportunity to get it back.

“But no, when we were tyre for tyre, one for one, I think we were as quick as anyone.”

Although disappointed to see another strong assault collapse, Whincup is pleased to see the Peter Brock Trophy return to Triple Eight courtesy of Craig Lowndes and Steven Richards.

“It’s sweet and sour. The fact that the Peter Brock Trophy is coming back to Triple Eight is by far bigger than the wheel falling off car #1,” he added.

“One hundred percent (this is a team victory).

“I’m not going away gutted, the Peter Brock Trophy is back at Triple Eight and so that’s a great feeling.

“Honestly, I feel part of this win, we worked as a team, PD (Paul Dumbrell) and I worked hard to make the car fast and part of Lowndesy’s car this weekend was all part of the work that we all put in. We feel part of it.

“Great day for the sport, you couldn’t write a better script. Lowndesy, last year (full-time), coming away with a win – I’m as big a fan as anyone. I was just watching the big screen, seeing Car #888 cross the line, it was pretty cool stuff.”

Whincup remains third in the championship standings heading into next week’s Vodafone Gold Coast 600 which will conclude the Pirtek Enduro Cup.