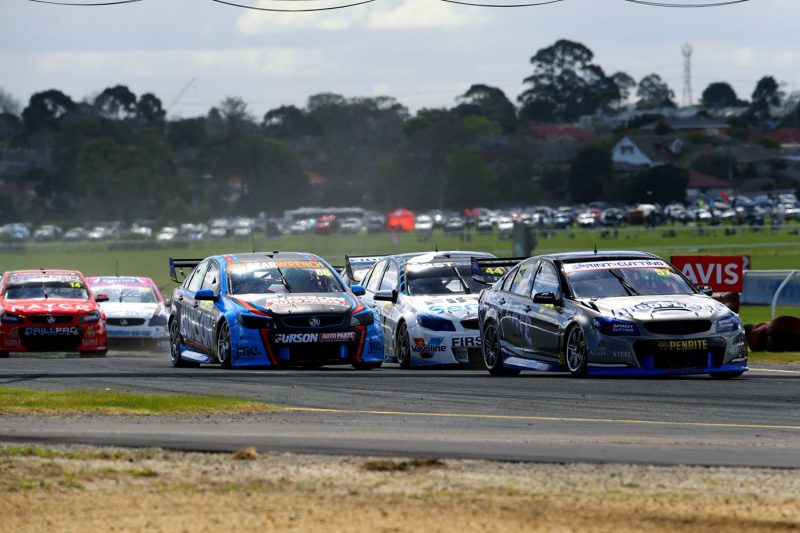 The 2019 Dunlop Super2 Series calendar has also been released by Supercars and features only two changes relative to its immediate predecessor.

As was the case in 2018, there will be seven rounds starting at the Virgin Australia Supercars Championship season-opener in Adelaide and ending in Newcastle, six of which remain unchanged in terms of location.

Super2 stays at Sandown but races on a different date due to its switch with Pukekohe on the Supercars Championship calendar.

Furthermore, Queensland Raceway hosts the second tier for the first time since 2015 at the expense of Symmons Plains, which saw its maiden Super2 round last year.

The changes mean that Sandown swaps with Bathurst as the penultimate round and the usual long break in the calendar falls between Queensland Raceway and Bathurst.

Formats have not been announced but it is expected that the 250km race at Mount Panorama will remain unchanged.

The stability in the calendar is a contrast to the relative upheaval of the Championship’s 2019 schedule.

“I’m not opposed to it by any means, it’s just that I like a bit of change every now and then but it just seems like it’s a fairly regular old calendar for us,” Image Racing team owner Terry Wyhoon told Speedcafe.com.

“From my point of view, I think it’s fine,” the MW Motorsport boss told Speedcafe.com.

“I’d love to see a round at Phillip Island and things like that but I understand the difficulties there, and aside from that it’s business as usual.”

Despite no longer leaving the mainland, the calendar will lead to a slight increase in costs for the southern squads according to both Wyhoon and White.

“It’s no real difference, to be honest,” said the latter.

“It probably costs marginally more but in the scheme of things it’s a negligible impact.”

Super2 has run to a seven-round calendar from 2005 to present, except for last year when the Bathurst round was an additional non-points race in a bid to attract wildcard entries for the Supercheap Auto Bathurst 1000.

All rounds have supported the Supercars Championship since the last Wakefield Park standalone weekend in 2008.

The current Super2 season is next in action when it wraps up at the Coates Hire Newcastle 500 on November 23-25.