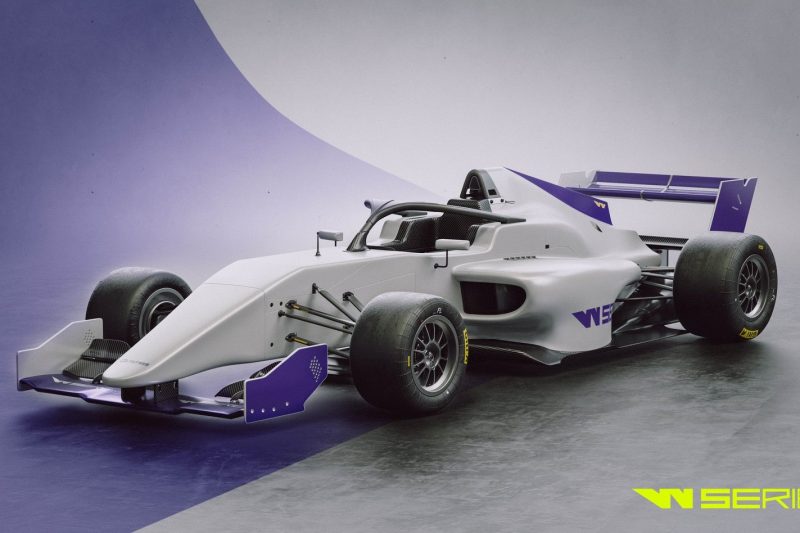 A new all-female open-wheeler series which could one day race in Australia and has a US$1.5 million prize pool has been launched.

Known as the W Series, it will feature 18 to 20 female racers squaring off in identical Tatuus T-318 Formula 3 cars from next year.

The series has the support of key industry figures including David Coulthard and Adrian Newey, and is headed up by lawyer Catherine Bond Muir, who conceived the idea and serves as CEO.

There is no cost to enter the series, with drivers instead selected in a multi-faceted process judged by a panel featuring Coulthard, Newey, former Formula 1 team manager Dave Ryan, and F1 media professional Matt Bishop.

“We at W Series firmly believe that female and male racing drivers can compete with one another on equal terms given the same opportunity,” said Coulthard.

“At the moment, however, women racing drivers tend to reach a ‘glass ceiling’ at around the GP3/Formula 3 level on their learning curve, often as a result of a lack of funding rather than a lack of talent.

“That’s why an all-new all-female single-seater motor racing series is required – W Series – to establish a competitive and constructive motorsport habitat in which our drivers will be able to equip themselves with the necessary skill-set eventually to move on up to existing high-level mainstream racing series and compete with the best male drivers on equal terms.”

Newey added, “Having worked in international motorsport for more than 30 years, and having watched at very close quarters some of the greatest racing drivers of all time – including a number of Formula 1 world champions – I have a reasonable understanding of the constituents of a top-class driver’s necessary skill-set.

“With proper training women are physically strong enough to tick that constituent.

“The reason why so few women have so far raced successfully at the highest levels against men may, however, be a lack of opportunity rather than a lack of capability.

“And that’s why I’m so pleased to be involved in W Series.”

While no calendar has been released, the series has indicated that it will race on current and/or F1 circuits across Europe, and is set to also take in America, Asia, and Australia “in forthcoming seasons.”

The prize pool will grant US$500,000 to the winner and pay out all the way to 18th in the standings.

Bond Muir, a London-based lawyer and corporate financier, believes that the W Series will pay dividends to not only participants but those who support the concept.

“Having been a busy sports lawyer and corporate financier for the first 25 years of my career, I had my first baby at 45 and, while taking an extended period of maternity leave, began to develop the concept of W Series while at home,” she explained.

“There are just too few women competing in single-seaters series at the moment. W Series will increase that number very significantly in 2019, thereby powerfully unleashing the potential of many more female racing drivers.

“W Series drivers will become global superstars – inspirational role models for women everywhere – and every organisation, every company, every sponsor and indeed every single person who helps W Series’ winners and champions achieve those ground-breaking successes will be able to celebrate their part in it, publicly, to lasting worldwide acclaim.”

The series will be organised by the British Racing & Sports Car Club and is set to begin in the northern spring (autumn time in Australia).

The last of only two females to race in F1 was Lella Lombardi, who scored half a point by finishing sixth in the shortened 1975 Spanish Grand Prix.