Holden may decide its Supercars future before 2019

Holden may decide its Supercars future before 2019 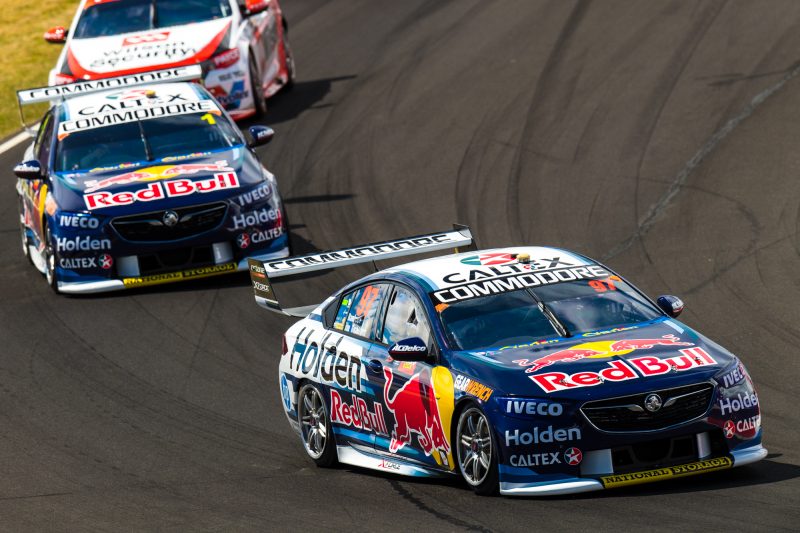 Holden could decide the future of its Supercars program beyond 2019 before the end of the year as it steps up its marketing planning under new leadership.

The brand renewed its commitment to Australia’s premier series at the end of 2016 by announcing a three-year factory deal with Triple Eight Race Engineering.

Due to expire at the end of next season, the arrangement saw Triple Eight charged with the development and homologation of the all-new ZB Commodore Supercar, while taking over as the factory Holden team from Walkinshaw Racing.

The ZB Commodore has been hugely successful on the race track although Holden has struggled to sell its road going Commodore, which has prompted a series of management changes at the company.

In a bid to arrest its slide in sales, the brand appointed former Toyota Australia president Dave Buttner as its new managing director and earlier this year Kristian Aquilina was drafted in as the new head of marketing.

Despite the change of leadership, Aquilina has confirmed that motorsport remains a key marketing tool for the brand under the new boss, revealing that a decision regarding its Supercars future could be made ‘potentially earlier’ than 2019.

“There is a new MD in the job and there’s a lot of work between now and the end of the year to sort through how we go to market in 2020, 2021 and bringing forward a lot of the planning around that,” Aquilina told Speedcafe.com, when asked about the brand’s motorsport plans under its new boss.

“It’s still some way away in terms of being able to communicate that.

“He (Dave Buttner) is still in his first 60 days of being in the job, developing his plans and our plans. We’re working together to develop our plans for the future.

“Motorsport still has a significant role to play. We’re not going to just walk away from the equity that we’ve built and the audience that is involved with this sport.

“It’s got a lot of merit in terms of being a part of our overall sponsorship portfolio.

“I’m not going to sign my life away on that particular timeframe but yes (it could be before the end the year).

“What we’re doing and the new team’s doing at Holden is bringing some order and discipline into our planning, that has a longer horizon than what we’d typically been planning to. We need to be getting onto that decision making pretty soon.

“Discussions haven’t been kicked off at all (with Triple Eight). I’m sure they’ll be keen to start discussing it pretty quickly.”

The brand remains focussed around the Commodore despite the possibility that General Motors’ hero sports car, the Camaro, could join the grid in 2020.

The former factory Holden team, now known as Walkinshaw Andretti United, is conducting a study into the feasibility of developing a Supercar version of the car.

“There’s been a bit of excitement around it but that (Camaro) idea would have to overcome challenges for it to be a reality,” he said.

“From our perspective, what I did say at the time was that we’d been totally focused on Commodore. That remains.

“We’ve invested in Commodore, getting it to a race going condition and worked with Red Bull Holden Racing Team to actually make that happen. That’s money just freshly spent. We want to see that investment go for the long run and that’s where our focus is.

“We’ve still got Commodores that we’ve got in showrooms that we need to expose more people to. We’ve got some storytelling that we need to do around that car. We’re Holden, we sell Commodores, that’s where our focus is at the moment.”

Holden is however happy with the direction Supercars is heading for the future as the sport moves to allow two door bodyshapes and experiment with new race formats such as the Sydney SuperNight 300.

It sees an investment in the championship as an attractive marketing tool.

“I’m really encouraged by the leadership, Sean (Seamer CEO) and John Casey and what they’ve discussed with us so far about where they would like to take the sport,” he added.

“It’s a real challenge in this day and age to get people interested in cars.

“We’re enthusiasts, and we get caught up in our little bubble sometimes but to be able to have a bubble this big, is something that you want to wrap your arms around and nurture, so that is something that is important to us.

“A brand like Holden, you’ve got to be there.”