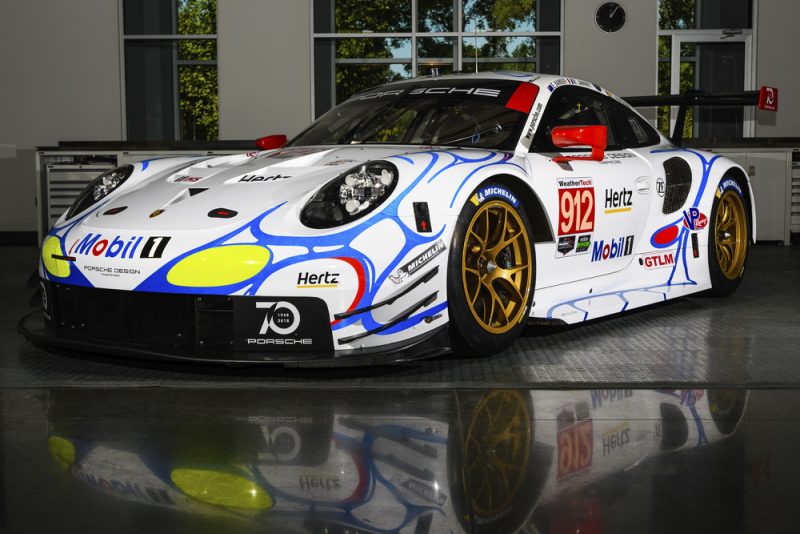 The Porsche 911 RSR Bamber will drive 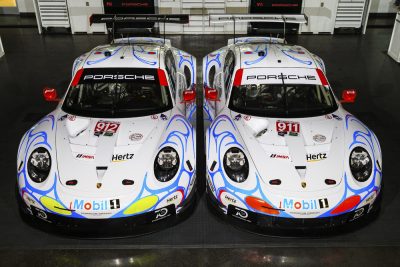 Earl Bamber has headed from Bathurst to Georgia where he’ll race a retro liveried Porsche 911 RSR at the Petit Le Mans this weekend as the German marque pays homage to its 1998 Le Mans winning GT1 car.

Bamber has jetted to the United States following his fifth place at the Supercheap Auto Bathurst 1000 where he co-drove with Shane van Gisbergen.

This weekend will see the New Zealander in action in the IMSA WeatherTech SportsCar Championship which hosts its final round at Road Atlanta.

There, Bamber will be joined by Laurens Vanthoor and Mathieu Jaminet as part of a two-car factory entry which will see the other car piloted by Patrick Pilet, Nick Tandy, and Frederic Makowiecki.

Both cars will wear colours reminiscent of the 1998 Le Mans winning entry, with alternatively orange or yellow highlights on the nose of each car.

“Porsche has celebrated many great successes on this racetrack. It shows that the team, driver and car can master this difficult race perfectly,” said Bamber.

“We’re feeling totally motivated and, of course, we’re looking forward to this event.

“The competition at Road Atlanta is always something special. Everyone wants to end the season with a real bang – including me and my teammates of course. I’m eager to get going.”

The 10 hour Petit Le Mans race begins with practice on Thursday prior to qualifying on Friday and the race itself starting at 1105 local time on Saturday.

After that, Bamber will jet back to Australia for the final leg of the Pirtek Enduro Cup at the Vodafone Gold Coast 600 which begins next Friday.